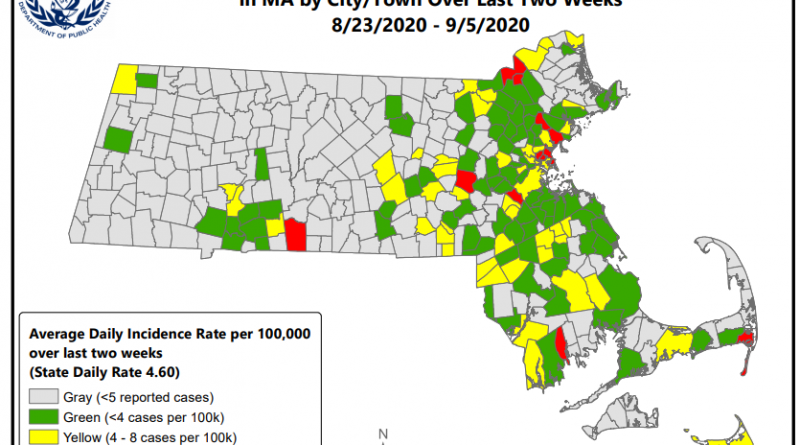 FRAMINGHAM – The Commonwealth of Massachusetts released its lastest list of high-risk communities tonight, September 9, and Framingham is still in the red along with a dozen other communities.

The highest in the state is Chelsea with a rating of 25.4, but that is down from last week when it was over 29.

The City of Boston and the City of Worcester are both yellow at 7.5 but higher than last week when they were both under 6.

The City of Framingham said as of today, September 9, its rate of positive for the virus was 4.89% -higher than the state.

City of Framingham Health Director Sam Wong said one of the reasons for the increase in new COVID-19 cases is gatherings.

A majority of the new cases are individuals of which English is not their first language.

Only 18% of the new cases are individuals of whom English is their first language.

The good news is the Baker-Polito administration announced it will help the City of Framingham with multi-lingual messaging to help curb the spread of the virus.

Wong told the Board of Health some of the new coronavirus cases are “related to work places.” That includes essential workers, and healthcare workers. Contract tracing efforts are also showing that new cases also have ties to retail stores in Framingham, like Walmart.

“We saw some cases from personal care services,” Wong told the 3-member Framingham Board of Health last week.

Wong said the walk-up testing programs are being set up in neighborhoods where the City is seeing an increase in positive coronavirus cases.

That means that some of the new cases are happening in Districts 7-8-9 of the City of Framingham.

Since the beginning of the pandemic, there have been total of 121,396 confirmed cases and 8,937 deaths in the Commonwealth. 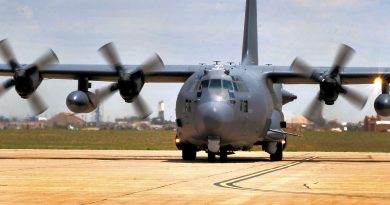 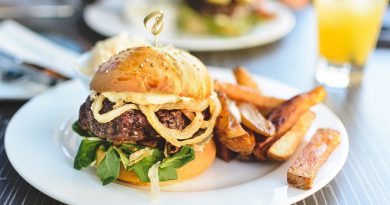 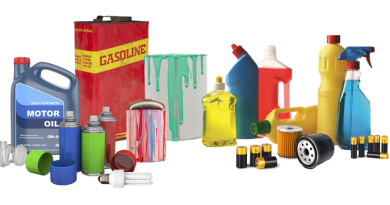