FRAMINGHAM – The Greater Framingham Running Club (GFRC)N is a group of people that come together with a shared passion for running. The group has been around for more than 40 years and has more than 300 runners.

Monthly meetings, road races, and social nights were all activities that the club regularly held, but due to Covid-19, the club has had to shift their practices, and online meets and races are now the new normal.

GFRC Vice President and Track Coach Arnie Pollinger said “As smoothly as the online meets are going it’s not as good as meeting in person.”

Running Club President Bob Cargill was interviewed to learn more about what the club has been doing since March 2020.

As stated on the running club’s website, “As the coronavirus crisis continues to evolve, it is important that we as a running club follow the guidelines that are being shared by healthcare and government officials. With the safety and well-being of all of us in mind, the club will not hold, support, or be associated with any in-person public events, group runs, social gatherings, and in-person meetings until further notice.”

Since the pandemic, many virtual races have been held including Pride Month Race, Black Lives Matter Run, and a 4th of July Run.

For the 4th of July race runners took pictures of themselves and recorded the time it took for them to run 4 miles and shared it on Facebook.

The goal of the club is to organize a virtual race every weekend.

Danniel Silverman, a member of the GFRC since 1994 has run 12 marathons in Boston, including 8 to race money for Dana-Farber cancer research

Silverman talked about how the Club has run during COVID-19 forcing all races to be virtual.

He discussed his disappointment in the closing of the summer track nights at Bowditch Field, and how he and his daughters have participated in that event for several years.

“Greater Framingham Running Club is an amazing group that offers so much to the running community from couch to 5K programs for beginners to marathon mentoring programs for more advanced runners,” said runner Lisa Burgess of Framingham.

“The GFRC is a social community that shares a passion for running, so when COVID prevented the club from meeting, running, socializing in-person they quickly adapted to zoom monthly meetings and they expanded the race opportunities (virtually of course). I have been more involved with the club then ever before because the virtual race experience allows me to participate in more races because they are usually spread out over the course of a weekend,” said Burgess.

“I have been a member of the Greater Framingham Running Club for 7 years now. I thoroughly enjoy being part of a group of people who are as passionate about running as I am. The club warmly welcomes runners of all abilities, distances (100 yard dash to 100 mile road races) and paces (4 minute milers to 25 minute milers). It has been difficult during the pandemic for those of us who like the camaraderie of running with others,” said Mike Bower of Framingham. “We have had regular virtual runs where we all run our normal running routes on our own and submit our pace and time for the recording the “race”. We all look forward to being able to run together as a group. Hopefully by early next year.”

“I love the GFRC Framingham Club because it is a way to connect with people of all ages and diversity to share a common goal of being active,” said Framingham runner Judith Levine.

“GFRC has always provided a sense of community and togetherness, now more than ever, during a very tough time. Even though all our runs have been virtual during COVD, we continue to connect. Our club feels like more than just a “running” club. It feels more like a family,” said Framingham runner Amy Duverger Bizzoco.

One of the annual races of the Framingham Club is the Busa Bushwhack trail, which is named after a famous trail runner Rich Busa. He ran 70 marathons and 61 ultra marathons and at age 72 he ran a 100-mile nonstop race becoming the oldest person to complete the race.

Susin Taylor-Carlson, co-activities, and social media director, has concerns about whether or not the race will take place in-person this year. It’s scheduled to happen November 1.

Benjamin Williams was a 2020 Summer SOURCE intern. He is a student at Fay School in Southborough. 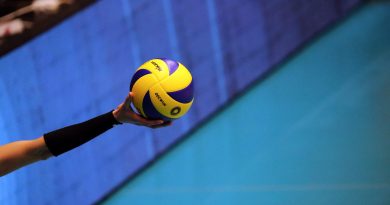 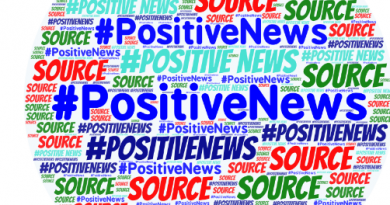