“It remains deeply troubling that the EPA has decided to protect polluting industries and weaken public health safeguards amidst a public health crisis. Rather than implement and enforce bedrock environmental protections, the Trump administration relinquished its responsibilities and allowed polluters to regulate themselves, with no clear guidelines for how the EPA would hold them accountable,” the senators wrote.

On March 26, 2020, the EPA announced that it would use the global public health crisis to implement a broad moratorium on enforcing existing environmental protections that would allow “power plants, factories and other facilities to determine for themselves if they are able to meet legal requirements on reporting air and water pollution.”

On Monday, June 29, 2020, the EPA announced that the suspension of environmental enforcement will end on Monday, August 31, 2020.

Reports show that facilities that are taking advantage of the Trump administration’s broad suspension of environmental laws have deeply harmful environmental records. A recent analysis found that “(m)ore than 50 facilities across the country that have faced enforcement actions for alleged Clean Water Act violations are among those taking advantage of an (EPA) policy that lets companies forgo pollution monitoring during the pandemic.” These companies are being given a free pass as the COVID-19 pandemic has already highlighted deep disparities and the disproportionate impact of environmental harm on low-income communities and communities of color.

Senators Warren and Markey wrote, “At a time when the public needs an EPA that is committed to environmental protections and public health safeguards, the Trump administration opted to abandon its responsibilities and forgo its mission to ‘protect human health and the environment.’ These actions are unacceptable, and the EPA must provide answers about its failure to meet its basic obligations.”

The senators also released EPA’s response to an April 3 letter they sent to Administrator Wheeler regarding the Trump administration’s enforcement suspension during the COVID-19 crisis. The EPA response stated that that during the compliance suspension, “EPA expects regulated entities to comply with all obligations and if they do not… the Agency will consider the public health emergency, on a case-by-case basis, when determining an appropriate response.”  But the agency did not indicate what standards would be required to document that COVID-19 was the cause of a missed deadline or sample collection, and it did not give any indication of how the agency would consider the public health emergency “on a case-by-case basis” or a timeline for doing so, when determining the response to an exceedance of pollutant limitations. The senators wrote that “The response indicated that EPA had replaced clear, enforceable pollutant standards with a vague and indefinite get-out-of-jail free policy.”

In order to understand the harm caused by the Trump administration’s suspension of environmental enforcement, the senators asked that the EPA respond to the following questions by Monday, August 31, 2020, the date of the end of the enforcement moratorium. 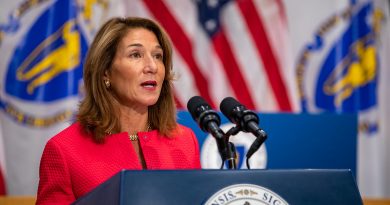 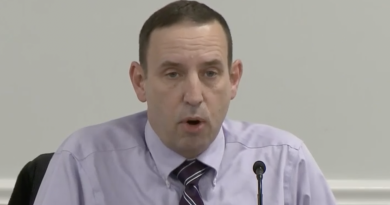