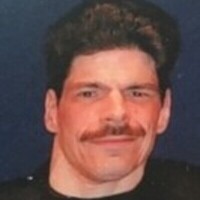 Later that same year the family relocated to MA when Thomas joined the MIT faculty.

Randy suffered a stroke at age 2 that left him multi-handicapped, but this never dimmed his spirit or his smile.  He joined the Cub Scouts in Holliston and attended school in both Holliston and Westwood.  In his senior year he met the love of his life, Mary Sacco.  They attended both his and her senior proms together.  WBZ and Jack Williams interviewed them and they were featured on the news.

Randy attended a day program run by Advocates, Inc. and in later years moved to a group home run by them as well.  Randy worked part-time for Southborough Medical/Reliant Medical Group since 1995 and was very proud of his job and his tenure with the company.

Over the course of his life Randy travelled the world with his parents. He lived in Brussels for a year, visited England and Singapore multiple times, and toured most of Western Europe.  He made more than 15 visits to Disney properties and he considered those ideal vacations, but Singapore and Hawaii weren’t far behind.  Randy attended day and residential camps overseen by Natick Recreation and when he returned from his camp weeks he was already eagerly anticipating the following year.   Randy loved music, especially Elvis, and visited Graceland 3 times.  He also loved cars, movies, the theatre, our home teams, watching sports with dad, making mom laugh, his family, and Mary, Mary, Mary.  In 2011 the parents put on a gala to celebrate their 20 years of friendship and love.  Randy said he had never been so happy.

Randy had health setbacks and surgeries over the years, but never felt sorry for himself.  In fact, his catch phrase was “Its ok, I’m tough.”   Randy filled the hearts of all who knew him and those just passing by with his enthusiasm for life, his kindness, and his shining spirit.

Randy liked to joke that he was born weird and felt sorry for families who got “boring” babies.  He liked to further joke that he got his weirdness from dad’s side of the family.

Next year when, hopefully, we can all safely intermingle, a memorial will be held for him.  Randy’s parents will be setting up some funds in his name.  Because his favorite animal was an orangutan (like his stuffed friends Red, RJ, and Shorty), one of the funds will be to help try to save them from extinction.

In addition to his sweet Mary, he leaves loving aunts, uncles, cousins and friends.

Following a virtual funeral service, Randy will be cremated.

No flowers, please.  Donations can be made to his funds next year. 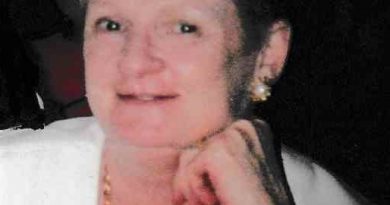 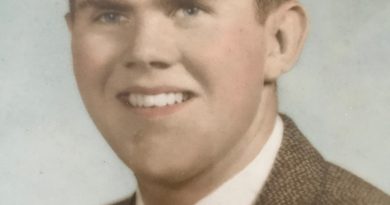