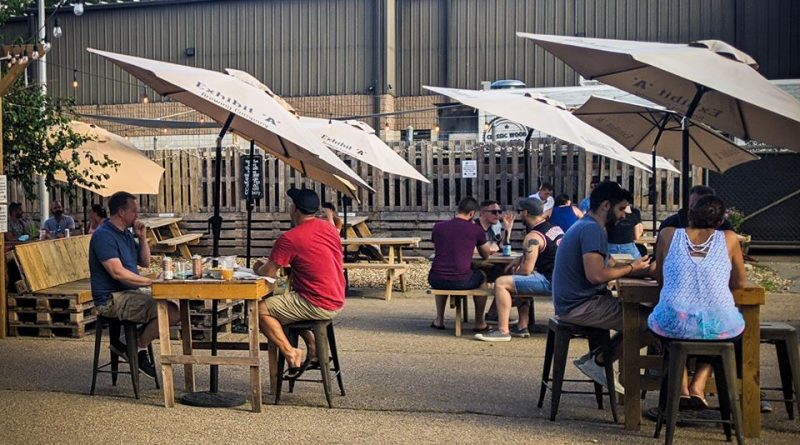 FRAMINGHAM – Last summer, one could visit the Exhibit A Brewing Company’s beer garden, order a Cat’s Meow and a soft pretzel and enjoy the sunshine outside. Sometimes, a food truck would stop by, especially on weekends, and you could have a meal with your beer.

Under Massachusetts Gov.Charlie Baker’s new COVID-19 order issued last week, that is not allowed at the Framingham beer garden or many establishments across the Commonwealth.

Per the state guidelines,”in order to serve alcohol, the guest must order a food item that is prepared on site,” said Exhibit A Brewing Company General Manager Kelsey Roth.

Exhibit A is a brewery, first and foremost, and does not have a kitchen on site, thus they were forced to shut down, under the new guidelines.

Today, August 14 they will re-open at 3 p.m., thank to a lot of adjustments, and some old & new partnerships.

But only after dealing with a lot of governmental red tape, headaches and hassles.

“Per the state guidelines, it means that we need to have a food vendor onsite for the entire time we are open so that we can offer food made on premise,” explained Roth to SOURCE media.

Last year, “we always offered soft pretzels, chips, nuts, and other packaged food items, but the major difference now is that the Governor specifically said that prepackaged food was no longer acceptable for alcohol service.”

“I believe this new food regulation was focused mostly on bars that were trying to dance around the rules and open back up. Breweries lobbied hard to be included with restaurants in order to open up in Phase Two. But most brewery taprooms and beer gardens aren’t restaurants and they aren’t bars, we fall somewhere in between,” said Roth to SOURCE. “So sometimes when regulations paint with a broad brush, they just don’t quite make sense for our business model. But we are all doing our best to comply.”

“Exhibit ‘A’ Brewing Co. continues to adapt to ever-changing COVID-19 business guidelines, fighting to save its operations and keep staff employed during the toughest of times.  Because patrons can only be served alcohol when eating food that is prepared at the beer garden site, Downtown Framingham, Inc. sought support from nearby local businesses to make and prepare food at the Exhibit ‘A’ beer garden,” said Downtown Framingham Inc. Executive Director Courtney Thraen.

Exhibit A Brewing Company overall is down “about 30% from last year but that includes our wholesale business which has been our major source of revenue during the shutdown. With the restrictions on capacity, the beer garden is down about 35% since we literally can’t serve as many customers as we did last year,” explained Roth.

“There are several new regulations that we have to follow now. Everyone must be seated at a table and we provide table service. That, along with increased cleaning and sanitation, was a big logistical change from last year. We take contact tracing information at the door and everyone must wear a face covering when not seated at a table. This newest food regulation adds a new twist because now our servers need to verify that each customer has ordered food prepared on-site before we can serve them alcohol,” said Roth.

The Exhibit A general manager said they are “working with several of our great food vendor partners like Bali Marle, Brato Brewhouse + Kitchen, The Pig Rig, Jaju Pierogi and more.”

Starting at 3 p.m. today, August 14, Brato Brewhouse + Kitchen is backing us the Framingham business with food.

“In order to comply with these new regulations, you need to order food that is prepared on site (a bag of chips doesn’t count) in order for us to serve you alcohol. It must be a serving per person (no sharing a basket of fries between six people, for example),” said Roth on social media to 10,000 followers.

Governor Baker has designated the state of Rhode Island as a Coronavirus hot spot, prohibiting some businesses from coming into the Commonwealth, including food trucks.

“Fortunately, Exhibit ‘A’ was able to identify more local food vendors, including The Food Trailer at Loring Arena, to make and prepare food at the beer garden that have already previously been approved by the City’s Board of Health,” said Thraen.

“Downtown’s new Kous Kous also stepped up to the call, but first this new business must be approved by the City’s Board of Health to make and prepare food at the beer garden,” said Thraen.

“Partnerships with reliable, hyper-local food vendors are a vital key to the survival of this vibrant brewery site,” said the Downtown Framingham Inc. Director.

“I’d like to see the Mayor and the City’s full-time professional economic development leadership begin to play an active role in assisting our local business community. I’m not seeing the necessary urgency from the Mayor and her Administration,” said District 4 Councilor Cannon.

“We’re months into this and yet it still feels like business as usual inside the Planning & Community Development department. I need them to feel the urgency that our local businesses feel as they fight to survive,” said Councilor Cannon.

“The Framingham Public Health Department has been great at keeping us informed, quickly approving permits for vendors, and helping us navigate through this latest wrinkle. We greatly appreciate their hard work in helping us stay open,” said Roth.

The Exhibit A outdoor beer garden is located across the street from its taproom at 82-84 Morton Street. It is open Friday 3-9 p.m., Saturday 2-9 p.m.and Sunday noon to 5 p.m.

Tap room is open for can sales on Wednesday & Thursdays from 3 to 7 p.m. but the beer garden is closed those days.

These latest state headaches come just a few weeks after the City’s red tape and headaches over opening the beer garden.

In 2019, Exhibit A Brewing Company went before the City of Framingham and got approved for a beer garden.

The year 2020 comes, and the Framingham company has been hampered by the coronavirus pandemic and now frustrated that the City of Framingham is making it re-apply for its beer garden annually, and “roadblocking” the brewing company at every step of the process.

Exhibit A disagrees with the City of Framingham that it needed to re-apply annually for its beer garden, but the brewing company eventually re-applied for permits, but a mistake by the City’s Economic Development Department staff is delaying the process again. Exhibit A Brewing was supposed to be on the Framingham Planning Board’s agenda for June 18, but the meeting had to be cancelled as city staff did not post the meeting in time under state law. All municipal meetings must be posted 48 hours in advance. City staff failed to meet that deadline.

Eventually, the City Solicitor ruled the beer garden could open for 2020 in late June. 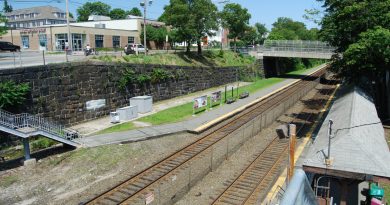 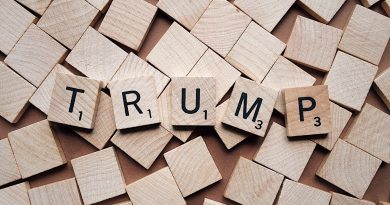