FRAMINGHAM – With the 11-member City Council approving a new voting member for the Framingham Zoning Board of Appeals, tonight, July 22, should have been Susan Craighead’s last meeting.

But instead of listening to appeals, and voting, the long-time government volunteer resigned at the beginning of the 7 p.m. meeting.

“It has been my honor and pleasure to serve on the ZBA for these many years. I appreciate the confidence that the Board of Selectmen showed in me by repeatedly reappointing me. … I had planned to resign after tonight’s hearings, regardless of the outcome of this round of appointments. Instead, I am resigning effective immediately,” said Craighead. “I had planned to resign because of the ever-increasing level of disrespect and disregard for the Zoning Board of Appeals and its members by others who serve in city government.”

Craighead has served on the Zoning Board of Appeals for more than 15 years.

“Most of the residents of Framingham consider the ZBA to be one of the most important boards in the city. Despite this, the ZBA has been treated with less and less respect and civility. Here are just some examples: Neither the City Council, nor the Planning Board, have bothered to inform, let alone consult, the ZBA of proposed changes directly affecting the ZBA. Despite this, the ZBA found out about the proposal to increase the number of board members (which in and of itself is a slap in the face to the current board) and voted unanimously to oppose that increase. Our Chair, Stephen Meltzer, spoke at the City Council meeting last night against that change. Despite the depth and breadth of his knowledge, he was summarily dismissed,” said Craighead.

“To my knowledge, the new director of Planning and Community Development, Kevin Shea, has never bothered to meet with the ZBA. That should not be a surprise, because the Mayor has never bothered to do so either.  We changed the night of our meetings so City Councilors could attend. They do not. Yet they vote on how the ZBA should operate,” said Craighead.

“We have not been involved in the hiring of our own staff-Oh, wait, I forgot, we no longer have any staff. We are all used to the flak we take from people who disagree with our decisions- that comes with the territory. However, to not have the support of those who serve in city government is a far, far step beyond. I dearly hope that this attitude will change. Again, I thank you all for the honor of having served on the ZBA,” concluded Criaghead, who dropped a microphone when she finished reading her statement on Zoom.

“Suze has been an inspiration,” said Chair Meltzer. She has been a great asset to the town, to the City and to the Board.”

With the resignation of Craighead, the Zoning Board of Appeals now has five members. The 7-member Board will have six members when Jeffrey Johnson, from District 8, is sworn in. He was approved by the City Council on Tuesday night, July 21. That means there is still one opening on the board for an alternate meeting.

O’Donnell, who was an alternate member, was approved by the City Council last night, as a voting member. She will join Meltzer and Ted Cosgrove as the voting members.

“Thank you for your service,” said O’Donnell. “I learned so much from you. I have big shoes to fill.”

You have been a “loyal member for many years,” said City Solicitor Chris Petroni. We “haven’t always agreed,” but you have always been professional.

Former ZBA chair Phil Ottaviani, who served on the board for more than 2 decades before he resigned when elected District 6 City Councilor, said Craighead it was “always a pleasure working with you. Suze was a great member on this Board for many years.”

Cosgrove described Craighead a “inherently fair minded,” who was able to “navigate the heated public hearings” of the ZBA. 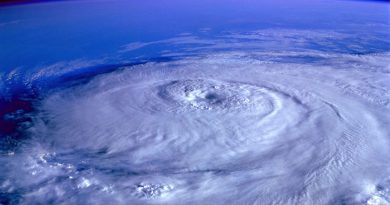