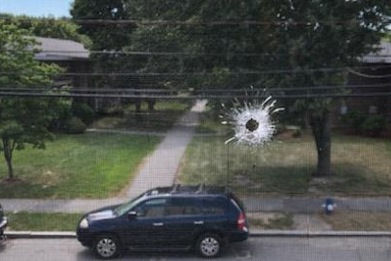 FRAMINGHAM – Police are investigating a Sunday afternoon shooting in a Framingham neighborhood, that ended with a bullet piercing the newly-constructed Pelham Life Long Learning Center at 103 Second Street.

At least one bullet, went through the window, and struck the computers, used by students. Thankfully, the Center was closed and no one was injured.

Police responded to the gunshots call around 4:30 p.m. on the hot, sunny afternoon.

“It is an open and active investigation, so I can not say much,” said Lt. Grigas.

Lt. Grigas said the incident stems from a confrontation with a couple of individuals, one of which was inside a vehicle. The other individual was outside the Center.

Pelham Apartment residents told SOURCE they heard the shots and saw a vehicle speed out of the neighborhood. SOURCE was sent photos of the bullet holes and damage.

On Sunday, there were two reports of gunshots in the City of Framingham within 2 hours. The first was on Second Street around 4:40 p.m. and the second incident was on Cedar Street in the Coburnville section of the City around 6;30 p.m.

SOURCE contact City of Framingham Mayor Yvonne Spicer for a statement on the gunshots. No response has been received as of this published report.

The Center is owned by Corcoran Companies. It is the new community center for the 540-unit development, serving low- to moderate-income individuals and families in District 9. SOURCE contacted Corcoran Companies twice for a statement, and no one has responded.

The Center was scheduled for a grand opening in December 2019, but was held up by an occupancy permit needed through the City of Framingham. The City gave a 30-day provisional occupancy on December 31, 2019, with a final occupancy in 2020.

A second grand opening ceremony was scheduled for April 14, and was then cancelled due to the coronavirus pandemic.

The 8,150-square-foot Center includes a kitchen, library, large meeting space, and a multipurpose room, plus a youth learning center, with a computer technology room

On March 16, the Center began operating on a limited basis with no drop-in or evening programs. But as the state has begun to open up, and is now in Phase III of its re-opening plan, so has the Center.

The Center is providing free breakfast and lunch Monday through Friday for children age 18 and younger. There was a pizza party for youths on July 15. It a very active place for the youth and adults in the neighborhood. 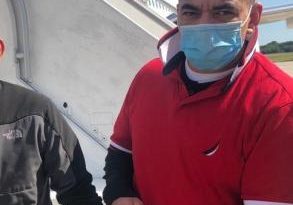 Arrested in Framingham, ICE Removes Salvadoran National Wanted For Murder In His Country 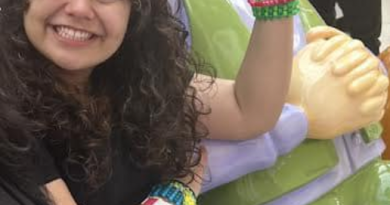