BOSTON – The Professional Fire Fighters of Massachusetts is unhappy with the Massachusetts Senate’s passage of S2820, and act to reform police standards, and will speak to a Massachusetts House of Representatives committee on the issues Friday, July 17 at 11 a.m.

The organization, which has more than 12,000 members and 222 local unions, including several in MetroWest, is unhappy with the lack of “due process” and changes in the bill that could impact unions and “collective bargaining.”

Language in the bill changed during the Senate debate to go from police to first responders. The 88-page bill is now with the Massachusetts House of Representatives.

“We believe, and have expreessed since the outset, the ongoing nationwide discussions about police, race, and community relations present an unprecedented opportunity to improve police training and standards,” wrote President of the Professional Fire Fighters of Massachusetts Richard MacKinnon Jr. to the chair of the House’s Ways & means Committee yesterday, July 16. “We, along with the Massachusetts Law Enforcement Policy Group and Black and Latino Legislative Caucus, support the promotion of diversity, bans on chokeholds and excessive force, standardized training of procedures and protocols, and an independent body including law enforcement experts to oversee accreditation nd certification.”

“However, we are concerned with the scope of S2820 and the precedent it could set for the rights and protections of not only public safety employees but all public employees,” wrote MacKinnon Jr.

The Professional Fire Fighters union is unhappy with the “lack of due process” and an “attack on collective bargaining.”

“All public employee unions, including PFFM locals, negotiate language that requires any discipline or discharge to be supported by just cause. No public employee union is forced to accept an employer’s discipline as the final word because of how frequently disciplinary decisions are incorrect, unsupported or retaliatory,” wrote MacKinnon Jr. “Every single union has the right for any discipline to be reviewed by a neutral, experienced labor relations expert known as an arbitrator.”

The Professional Fire Fighters organization said “this bill eliminates due process for police officers and creates a dangerous precedent for other unions.”

The professional organization is also concerned about the “expansion of civil liability to all public employees.”

“The bill creates one of the first, if not the first, licensing agency that is not composed of a majority of professionals,” wrote MacKinnon Jr. “S2820 tips the scales against trained, educated, or experienced law enforcement … and creates a committee of 15 members.”

“Additionally, we recommend that all language relative to qualified immunity be removes and S2820 be amended with the following language,” wrote MacKinnon Jr.

“These commissions will enable a full legislative and public hearing process to ensure the opinions of all public employees are heard and robustly debated on these matters to avoid any unintended consequences and adverse legal precedent that could arise to the detriment of public employees, the backbone of our municipalities,” wrote MacKinnon Jr. 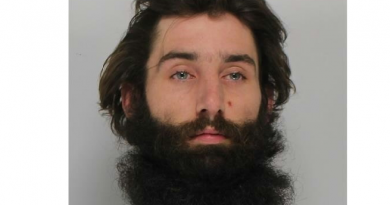 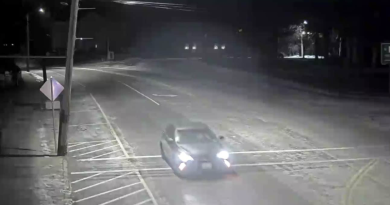