FRAMINGHAM – A woman, in her 40s, was transported to a Boston Hospital after a serious crash at the intersection of Routes 9 and 126 yesterday, July 14.

One vehicle slammed into a pole, according to police.

Framingham Firefighters had to extricate one woman from a vehicle.

A “43-year-old female, with arm and leg pain extricated from 1 vehicle by Rescue 1,” said Framingham Fire Chief Michael Dutcher. He said the extrication took about 5 minutes.

“Helicopter transport initially requested but due to the weather, helicopter not flying,” said Chief Dutcher.

Patient was transported to Beth Israel Hospital in Boston by Brewster Ambulance.

Police are investigating the crash. 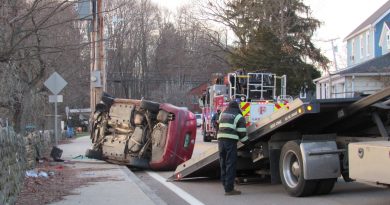 Framingham Police: Man To Be Charged After 2 Crashes on Sunday Afternoon 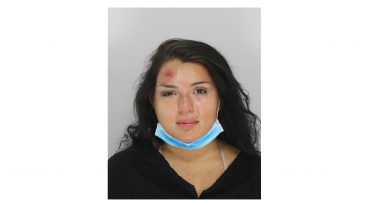