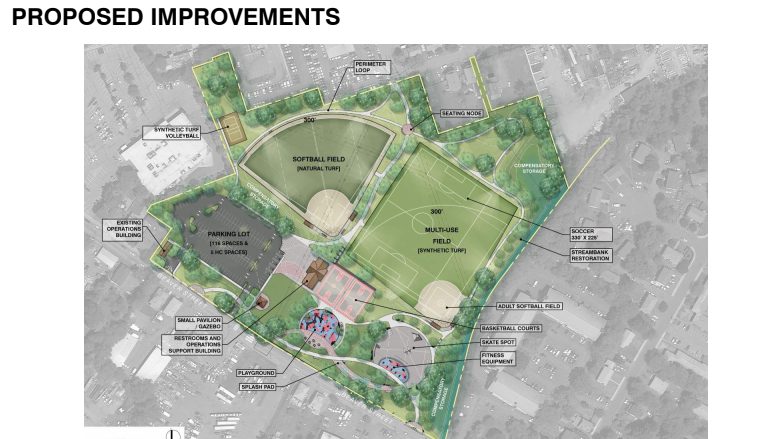 In 2014, testing at the District 9 park & playground revealed high levels of contaminated soil, including lead. The park was built on the site of a former dump in the 1960s.

The City of Framingham and the Massachusetts Department of Environmental Protection (MassDEP) are currently working to remove the contamination from the park, and at the same time plan for a revitalized neighborhood park & playground.

One of the biggest advocates for Mark Dennison Park has been former Town Meeting member and former District 8 City Councilor Judith Grove.

Mary Dennison Park is about 14.5 acres.

Several meetings were held with neighborhood residents seeking their input on the vision for the new park. The first was held in the summer of 2016. Another was held in spring 2018.

Based on that input, Weston & Sampson presented a vision for the new park in June 10, 2020. It included:

Weston & Sampson has two separate teams working on two projects related to the park to address both the issues of the contaminants and the park’s design. One of the teams is involved in the park’s remediation. The other team is focused on the redesigning and beautification of the park.

The proposed engineering remediation design generally consists of the following:

This remediation plan has been designed to comply with remediation, stormwater, and wetlands regulations.

According to the Parks and Recreation Department, MassDEP does not have anything to report because their review is not complete.

In June, the park design team talked about the process of bank stabilization to help protect Beaver Dam Brook. The process will involve cutting the slope back, and replanting the slope that consists of both a erosion control/restoration seed mix and live stakes in the riverstone, It will allow for the bank to provide a habitat and a barrier to the stream. It will also help to tie down to the protective barrier under the park.

Weston & Sampson also talked about needing a collaboration with the Framingham Department of Public Works (DPW). There is currently a major utility corridor through center of the park. It makes it hard for them to do anything above the utility lines. It requires them to make improvements with DPW on the corridor. The corridor effectively divides the park in half below ground. DPW has to treat the stormwater flows as two different parts of the stormwater drainage plan.

Weston & Sampson’s plan to catch the stormwater involves having porous asphalt pavement in both the parking lot and the walkway, and concrete pavement on the splashwalk and basketball courts, They say that it helps with the green design planned for the park as well as invests in low-income stormwater management.

Currently, the Parks Department estimates the combined park remediation and renovation work to take at least 9-12 months but is contingent upon a number of factors. For example, depending on weather conditions, this work could take place over two construction seasons.

Construction for a new park & playground can not begin until the remediation is completed and funding is approved for the project. A estimated cost for the park was not available at this time.

Isabella Petroni is a sophomore at the University of New England, in a dual degree program for Environmental Studies and Marine affairs. She is a SOURCE intern for summer 2020. Interested in being an intern for Fall 2020 or Spring 2021? Email petronimedia@gmail.com

Presentation on amenities at the proposed Park in District 9 – June 10, 2020 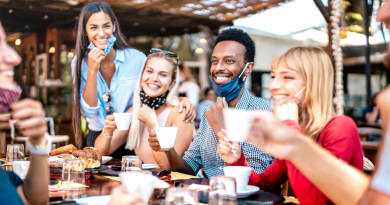 Starting May 29: Massachusetts Gathering Limits Increase to 200 Indoors/250 Outdoors; Parades and Street Festivals Can Resume & Restaurant Seating Up To 10 People 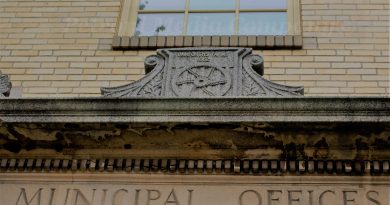