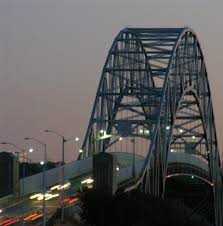 The following is a press release from the Commonwealth of Massachusetts submitted to SOURCE media.

BOSTON – Massachusetts Governor Charlie Baker, Lt. Governor Karyn Polito, Transportation Secretary Stephanie Pollack, Commander of the New England District of the U.S. Army Corps of Engineers William Conde, U.S. Senator Elizabeth Warren, U.S. Senator Edward Markey and U.S. Representative William Keating today, July 7, announced a new Memorandum of Understanding (MOU) has been reached between the Commonwealth of Massachusetts, acting through the Massachusetts Department of Transportation (MassDOT), and the U.S. Department of the Army and U.S. Army Corps of Engineers (USACE), in regard to the Bourne Bridge and the Sagamore Bridge. Under the agreement, the USACE will continue to own, operate and maintain the existing Bourne and Sagamore Bridges and MassDOT will serve as the lead project delivery agency with responsibility to construct and subsequently own, operate and maintain two new bridges.

“The bridges over the Cape Cod Canal are among the most important transportation structures in the entire Commonwealth and we are grateful to have agreement on a new Memorandum of Understanding, which puts us on a path to replace both,” said Governor Baker. “This MOU will be a ‘living’ document that should reassure residents, the business community and visitors that the current bridges will be maintained while steps go forward to build two new bridges.”

“The economic vitality of Cape Cod and the Islands and the quality of life for people who live and work in those communities is dependent on our Cape Cod Canal crossings,” said Lt. Governor Polito. “This new MOU is an important milestone as it formalizes the collaboration that will take place in the years ahead between the Commonwealth, Department of the Army, and U.S. Army Corps of Engineers for the Bourne and Sagamore Bridges’ maintenance, as well as the efforts to fund, design and build two new bridges before the Commonwealth assumes ownership.”

The new MOU will guide the partnership between the state and federal agencies in the replacement of the two Cape Cod Canal Bridges, which are owned and maintained by the United States Army Corps of Engineers. USACE will continue to be responsible for ownership, operation and maintenance of the existing bridges until replacement bridges are built and operational. MassDOT and USACE will work together to plan, permit, fund, construct, demolish and transfer ownership of two new Cape Cod Canal Bridges built to current Federal Highway and MassDOT standards. The parties agree that the funding of the bridges is a federal responsibility and will work together to develop a funding plan and seek congressional acceptance. The MOU establishes MassDOT as the lead project delivery agency, recognizing MassDOT’s experience and capability to deliver bridges of similar size and complexity. Once the replacement bridges are complete, MassDOT will own, operate and maintain the new bridges as part of the Commonwealth’s network of roads and bridges.

“With the decision made to replace the existing bridges, this MOU lays out how that process will proceed,” said Secretary Pollack. “MassDOT is pleased to take the lead on constructing the new bridges, working closely with our federal partners, and will also be responsible for redesigning and reconstructing the approaches to the two new bridges. We look forward to engaging town and city officials in the region, community leaders, residents, business owners and other stakeholders as we move through the design and permitting process, beginning with an alternatives analysis that will help decide the exact locations and configuration of the replacement bridges. Most of all, we look forward to a day when two new bridges will be in place over the Canal, built to modern day standards and in place to help people safely get to and from the Cape for many decades.”

“We are happy to build upon our partnership with MassDOT as we work together to improve the infrastructure to Cape Cod and the Islands,” said Colonel Conde.

“This partnership between MassDOT and USACE to replace the Cape Cod Canal Bridges is great news for the nearly 250,000 residents and businesses across the Cape and Islands who rely on these vital connections to the rest of Massachusetts,” said Senator Warren. “Replacing these bridges will help us grow our regional economy while enhancing public safety, and I will keep working with my delegation colleagues to ensure this project receives the federal funding it needs.”

“The Bourne and Sagamore Bridges are vital parts of the Cape’s economy and way of life, and also serve as crucial evacuation routes in an emergency. Replacing both structures is the only viable long-term solution for the region, and I applaud today’s MOU as an important step toward that goal,” said Senator Markey. “By fulfilling and building on this federal-state-local partnership, we will deliver two new bridges for the Cape & Islands’ economy and residents. As Congress debates an infrastructure package in the weeks ahead, I will fight to secure the federal funding we need to complete this essential project.”

“The signing of this memorandum between the Commonwealth and the federal government represents a critical step forward in ensuring safe, reliable, and modern bridges connecting the residents and economy of the Cape & Islands with the rest of the Commonwealth,” said Congressman Keating. “As a resident of Bourne who relies on the bridges daily, I applaud the Army Corps of Engineers for recognizing that MassDOT is best equipped to handle this significant transportation infrastructure project. I thank Secretary Pollack and Colonel Conde for their leadership in forging a path forward and I look forward to continuing to work with them both as well as our partners in the Massachusetts delegation as this critical project moves forward.”

In fall 2019, the USACE released its Draft Major Rehabilitation Evaluation Report on the future of the Cape Cod Canal highway bridges spanning the Cape Cod Canal and held several public meetings in October. The Corps and MassDOT have collaborated throughout the bridge study process. In addition, the Commonwealth has plans to improve the roads it maintains and owns approaching the bridges and along the Canal.

The Study examined options at a conceptual level such as modified and improved highway interchanges, and improvements for pedestrian, bicycle and transit access in order to improve multi-modal travel.

The report includes analytical findings, a recommended plan of transportation improvements (short-term, medium-term and long-term), preliminary cost estimates for these improvements, and a comprehensive implementation plan for the recommended improvements 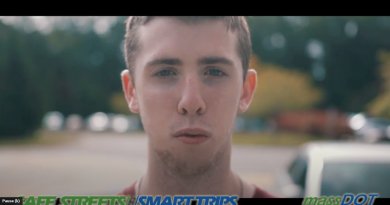 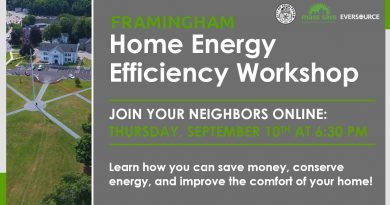