The topline results from study SEP380-201, a global, multicenter, randomized, double-blind, placebo-controlled clinical trial designed to evaluate the efficacy, safety, and tolerability of treatment with SEP-4199, an investigational oral medicine for the treatment of major depressive episodes associated with bipolar I disorder (bipolar I depression). SEP-4199 is a non-racemic ratio of amisulpride enantiomers with increased potency for serotonin 5-HT7 receptors relative to dopamine D2 receptors.

According to the topline results for the primary endpoint, which included data from Europe and the U.S., in patients with bipolar I depression, SEP-4199 showed numerical improvement in the Montgomery-Åsberg Depression Rating Scale (MADRS) total score compared to placebo after six weeks of treatment (200 mg: -19.5 vs -16.2, 400 mg: -19.3 vs -16.2 respectively, both dose groups vs placebo, p=0.054; 200 mg group effect size (ES) = -0.31 and 400 mg group ES = -0.29). While the study did not meet its primary endpoint, a relatively large improvement in MADRS total score was observed in the placebo group, which may have contributed to the trend level findings of the primary analysis.

In a pre-specified exploratory analysis of data from all 337 Intent-To-Treat patients, including those enrolled in Japan, the least squares (LS) mean reduction from baseline at Week 6 in MADRS total score was -18.0 and -17.7 for the SEP-4199 200 mg and 400 mg doses, respectively, and -14.3 for placebo, resulting in LS mean differences from placebo of -3.7 and -3.4, for the 200 mg and 400 mg doses, respectively, (unadjusted p-values <0.025, ES of -0.34 and -0.31, respectively). These results suggest that patients with bipolar I depression treated with SEP-4199 in both dose groups experienced clinically meaningful improvements over the study period.

SEP-4199 was well-tolerated by patients enrolled in the study, with relatively low rates of adverse events. The most commonly reported adverse events occurring more frequently in the SEP-4199 treatment group than in the placebo group, and in at least two percent of patients, included QT prolongation (observed in the 400 mg arm), somnolence, constipation, galactorrhea, nausea, akathisia, dizziness, hypomania and diarrhea. Serious adverse events were reported by two patients in the study, including one patient treated with SEP-4199 and one patient who received placebo.

“Major depressive episodes associated with bipolar disorder can be difficult to treat and there is a pressing need for additional treatment options,” said Maurizio Fava, MD, Chief of the Department of Psychiatry at Massachusetts General Hospital. “I am encouraged by these topline findings. Despite the high placebo response in this study, which is known to diminish the effect size and the ability to detect a signal, the topline results suggest that SEP-4199 has the potential to be an effective advance in treatment for people with bipolar depression.”

“SEP-4199 is a prime example of how Sunovion’s deep expertise and understanding of unmet medical needs leads our scientists to create novel solutions for people with serious neuropsychiatric conditions like bipolar depression,” said Kenneth Koblan, PhD, Chief Scientific Officer of Sunovion. “The topline efficacy results of this study, coupled with the tolerability profile, provides us with confidence in the potential of SEP-4199 as a novel treatment option for people living with bipolar depression. The results of this study will guide us as we consider our plans to start Phase 3 studies. We look forward to presenting the full study data and discussing them with the scientific community at future medical meetings.”

SEP-4199 is a non-racemic ratio of amisulpride enantiomers with the potential to be the first benzamide treatment available in the U.S. for mood disorders. Sunovion discovered that the pharmacology of amisulpride is enantiomer-specific, and that increasing the ratio of R-amisulpride to S-amisulpride increases the potency for serotonin 5-HT7 receptors relative to dopamine D2 receptors. SEP-4199 was designed to increase levels of serotonin 5-HT7 activity intended to enhance antidepressant efficacy and produce reduced levels of D2 receptor occupancy appropriate for the treatment of bipolar depression. The pharmacological effect of SEP-4199 is distinct from racemic amisulpride, which is approved in several countries outside the U.S. for the treatment for schizophrenia and other psychiatric conditions.

SEP380-201 clinical study was a global, randomized, double-blind, placebo-controlled, parallel-group, fixed-dose study designed to evaluate the efficacy, safety and tolerability of treatment with SEP-4199 monotherapy. Patients were required to have a current major depressive episode associated with bipolar I disorder, as diagnosed based on DSM-5 criteria, with a minimum MADRS total score of 22 at study baseline. In this trial, 344 patients ages 18-65 from 91 clinical trial sites in the U.S., Europe and Japan (including 295 patients in the U.S. and Europe and 49 patients in Japan) were randomized to receive SEP-4199 200 mg/day or 400 mg/day or placebo in a 1:1:1 ratio, with 337 subjects in the Intent-To-Treat population for efficacy analysis. Patients’ mean MADRS at baseline in Europe and the U.S. was 34.0 and 32.8 in Japan. The primary endpoint of the study was the change from baseline in Montgomery-Åsberg Depression Rating Scale (MADRS) total score after six weeks of treatment. A Japanese cohort was included in the study to summarize efficacy and safety data for Japanese subjects with bipolar I depression. Study results from the Japan cohort were pooled together with subjects from U.S. and Europe in a prespecified exploratory analysis. The study also evaluated change from baseline in global severity assessed by the Clinical Global Impressions – Severity: Bipolar Version (CGI-BP-S) score (depression) at Week 6.

Depressive episodes tend to be longer in duration and are less responsive to existing treatments than manic episodes.5 Suicidal behavior can occur in all phases of the illness, with depressive episodes carrying the highest risk.6 Bipolar disorder is associated with significant impairment in personal and professional relationships, quality of life and ability to function.7

Sunovion is a global biopharmaceutical company focused on the innovative application of science and medicine to help people with serious medical conditions. 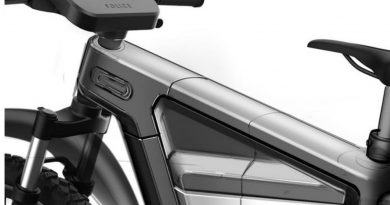