FRAMINGHAM – “Framingham Police Department reported to Christa McAuliffe Charter School officials that a noose was found hanging from a structure outside a building on its campus,” announced the middle school in Framingham today.

“The police are still investigating this hateful act against our McAuliffe community, and so we do not currently know who is responsible,” said the school today, June 24, in an email to students & families.

It was blue climbing rope, said Framingham Police today. It was found on a climbing wall-like structure outside the school, said Police.

There was no other graffiti or messaging near the rope, according to Police. The incident did happen on Juneteenth, which the charter school noted in its email to families.

No classes or other programming were running on campus due to the COVID-19 school closure.

“What we do know is that this racist act is abhorrent and stands in opposition to everything McAuliffe stands for and hopes to achieve. It is also, unfortunately, yet another example of the hate-filled acts that we have seen take place across our country in response to individuals and communities, including members of the McAuliffe community, taking a stand against racist systems and structures,” said the school in an email to families this afternoon.

This is the second incident of hate at the school this 2019-2020 school year. In October 2019, it was discovered that MetroWest students at the charter school had created a group called “Kill the Jews” and were engaging in anti-Semitic and hate speech.

“Diversity, inclusion, and empathy are critical values and principles that we uphold. Our mission statement makes clear that McAuliffe succeeds when we ‘cultivate within each member of a diverse student body … an intense commitment to self and community.’ We soundly reject those acts that threaten the safety, dignity, and well-being of anyone among us,” said the school in a press release.

The school said “We are at a critical moment of vision and repair in this country, and we understand our distinctive position as an educational institution. Three weeks ago, a letter we sent to the McAuliffe community that communicated the following:

To all of our African American students, staff, and families: You matter. Black Lives Matter. We see you, and we support you … Just as we learn in engagement with each other, so we as a community recognize our position within a larger American society struggling to overcome racial inequity. As a school, we are dedicated to working for racial justice, and we know this road is long, slow, and difficult. But it is up to all of us to hold each other up and engage in hard work, even if it is the first time we have ever done it, because “We Are Crew, Not Passengers.”

“Today we rededicate ourselves as a community of upstanders who act for the betterment of all. We are inspired by those in our community who have already taken initiative and shown courage by speaking out against racist incidents and systems of racism and taking actions that reflect our values,” said the school in an email to parents. “This summer we will redouble efforts to plan for the health, safety, and well-being of every McAuliffe scholar and staff member this fall — with a particular focus on supporting our Black community members who were targeted in this incident. We will also continue to work with other Framingham-area civic institutions to build a just and equitable community.”

Today is the last day of school for the 6-7-8 middle school. Last night, June 23, a virtual graduation was held for the grade 8 students, who will heads off to several MetroWest high schools in the fall.

“Though summer vacation starts on Thursday, on-call faculty will continue to monitor and respond to counseling requests during the summer. McAuliffe is also making support available to school employees,” said the school.

“We will continue to work with the Framingham Police Department as they investigate this incident. If anyone has any information to share, please contact the FPD Detective Bureau at 508-532-5924,” said the school.

Editor’s Note: In full transparency, the Christa McAuliffe Charter School is and has been and advertiser with SOURCE since 2016. 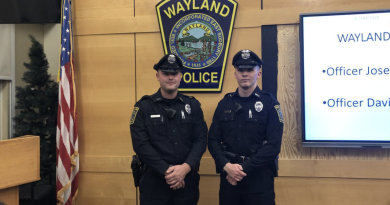 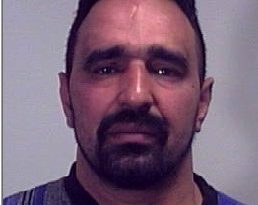