In his new role, Mancini will be responsible for further developing Ameresco’s renewables growth strategy in the Northeast, Mid-Atlantic and Southeast United States.

Mancini is a seasoned renewable energy professional with more than two decades of experience leading teams in the development, permitting, financing, construction and acquisition of diverse power generation assets.

As a senior leader on Ameresco’s Eastern team, Mancini will drive the company’s strategy and growth in the U.S. solar market and lead a team focused on the development of projects involving solar and solar coupled with battery energy storage systems.

“The demand for renewable energy remains as strong as ever, and we are fortunate to have found a candidate of Jonathan’s caliber to fill this important role on our team,” said David J. Anderson, EVP and Director at Ameresco. “Jonathan brings with him a wealth of invaluable industry knowledge and proven experience developing complex renewable energy projects, and we look forward to his significant contribution in our continued growth and success in this dynamic and innovative market.”

Prior to joining Ameresco, Mancini served as senior vice president of project development at BlueWave Solar, one of the Northeast’s leading community solar developers and service providers.

During his five years with the company, Mancini helped to increase the overall project portfolio and was responsible for directing the strategy and execution of more than 100MW of solar energy developments.

“In an ever-changing industry like renewable energy, success depends on building strategic relationships and finding creative solutions to complex problems,” said Mancini. “I am enthusiastic about the next chapter of my career as a member of the Ameresco team where I will be able to put those skills and best practices to good use, particularly by bringing vital renewable energy projects online across the Eastern United States.”

Prior to BlueWave Solar, Mancini served in a variety of senior-level positions at renewable energy firms including Bridgewell Resources, LLC, wholesale distributor and logistics provider headquartered in Portland, Oregon. There, he co-founded the Renewable Resources division and served as its head of solar projects. Mancini has also worked for a number of other energy-related businesses in Massachusetts, New York, Rhode Island and Texas.

Mancini is a graduate of the University of Rhode Island where he earned his bachelor’s of science degree in environmental management. He is a resident of Barrington, Rhode Island.

Founded in 2000, Ameresco, Inc. (NYSE:AMRC) is a leading independent provider of comprehensive services, energy efficiency, infrastructure upgrades, asset sustainability and renewable energy solutions for businesses and organizations throughout North America and Europe. Ameresco’s sustainability services include upgrades to a facility’s energy infrastructure and the development, construction and operation of renewable energy plants. Ameresco has successfully completed energy saving, environmentally responsible projects with Federal, state and local governments, healthcare and educational institutions, housing authorities, and commercial and industrial customers. With its corporate headquarters in Framingham, Ameresco has more than 1,000 employees providing local expertise in the United States, Canada, and the United Kingdom. 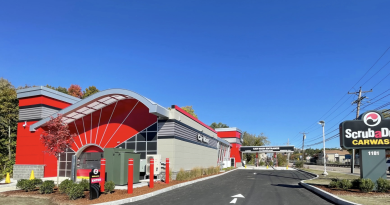