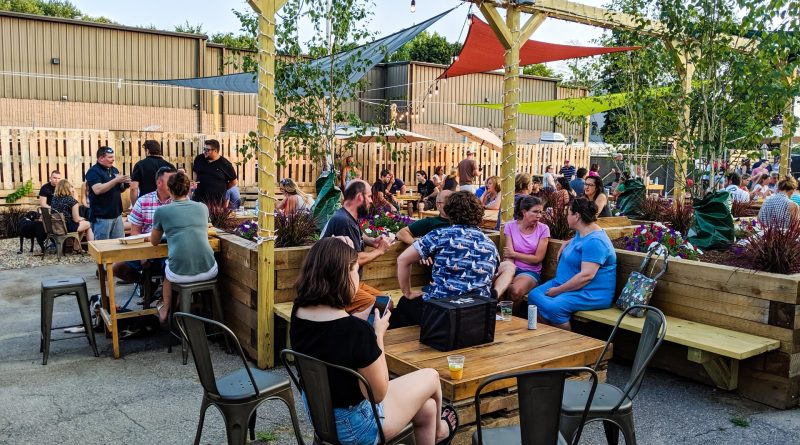 Originally posted at 1:22 p.m. Updated at 2:52 p.m. with quote from current planning board chair.

FRAMINGHAM – In 2019, Exhibit A Brewing Company went before the City of Framingham and got approved for a beer garden.

The year 2020 comes, and the Framingham company has been hampered by the coronavirus pandemic and now frustrated that the City of Framingham is making it re-apply for its beer garden annually, and “roadblocking” the brewing company at every step of the process.

Exhibit A disagrees with the City of Framingham that it needed to re-apply annually for its beer garden, but the brewing company eventually re-applied for permits, but a mistake by the City’s Economic Development Department staff is delaying the process again.

Exhibit A Brewing was supposed to be on the Framingham Planning Board’s agenda for tonight, June 18, but the meeting had to be cancelled as city staff did not post the meeting in time under state law. All municipal meetings must be posted 48 hours in advance. City staff failed to meet that deadline.

“In final preparation for Exhibit ‘A’ Brewing Co.’s June 18 Planning Board meeting, I contacted Kelsey Roth, General Manager of Exhibit ‘A’, who was anxious for the opportunity to meet with the Planning Board to receive approval for the beer garden,” said Downtown Framingham Inc. Executive Director Courtney Thraen.

“Upon request, Kelsey sent me the Planning Board meeting agenda, as it was not posted yet on the City’s meeting portal as of 2:30 p.m. EST on Wednesday, June 17. I shared the agenda with several members of my board of directors, including Mike Gatlin, who had also worked this year to help Exhibit ‘A’ receive approval for this summer’s beer garden. About 30 minutes later, I received notice from Mike Gatlin that the June 18 Planning Board meeting was cancelled.  I then contacted Kelsey and informed him that his meeting was cancelled.  Kelsey was extremely surprised and distraught, as a rescheduled Planning Board meeting jeopardized the projected opening date of the beer garden on the July 4 weekend,” said Thraen to SOURCE.

“Essentially, we were supposed to have a hearing with the Planning Board (June 18) to settle a disagreement about the Special Permit granted to us last year for the beer garden. But because of “an error with the agenda”, it was just cancelled which is literally now hurting our business and ability to open,” said Roth to SOURCE Wednesday night.

“We cannot move forward with licensing and health department inspections until we have a decision from the Planning Board. So we are once again roadblocked,” said Roth.

The Exhibit ‘A’ Brewing Company Beer Garden at 82-84 Morton Street was a huge success in 2019, bringing more than 3,000 individuals from all over New England to the City of Framingham.

Exhibit A Brewing Company has been honored as the 2017 Manufacturer of the Year from Massachusetts State Legislature and 2019 Small Business of the Year.

As one might expect in a dispute, the City and the brewing company don’t see eye-to-eye on the details for opening the beer garden in 2020.

“We strongly feel that our beer garden will be an ideal location in Framingham this summer where people can come together to support the local economy and socialize outdoors with safe distancing. The wide open space will allow a good number of people and families to come and gather in a space that is in accordance with state and local safety standards for staff and guests,’ said Roth.

“Unfortunately, we have run into some roadblocks with the city on getting it licensed when the time comes and have received little to no help from various councils and departments,” said Roth.

“When we originally applied for the Special Permit with Inspectional Services and the Planning Department, we had mentioned that the beer garden would be temporary, as in seasonal and not a year-round location, and that we would like the option to do it again in subsequent years,” explained Roth to the news outlet.

“Later, when applying for an additional permit to do a movie night, we were informed by (Framingham Building Inspector) Michael Tusino that our Special Permit had expired and was only valid for one year,” said Roth.

“Tusino stated that we would need to reapply for another Special Permit to re-open the beer garden at all in the future. This came as a total shock to us, as there is no mention of an expiration date in the Planning Board Decision and during the hearings it was clearly stated by (former Planning Board Administrator) Amanda Loomis and agreed to by Chair Christine Long that this permit was good for as long as we owned the property and made use of the permit. The only mention of any dates at all in the decision is in the minutes. Chairperson Long asked when we planned to be open that year, and I gave an honest answer of July 5th through to October 30. We don’t see this as any sort of official expiration date as Michael Tusino insists since it is just a summary of the minutes and not a defining article in the decision. In fact, the opposite was stated to us.,” explained Roth.

During the Framingham “Planning Board hearing from 6/27/19 where Christine Long asks if the permit is only good until October 30 at midnight. Amanda Loomis corrects her and says “We did not put a timeline on it of that nature because they can use it again next year. It’s just not a year-round item’,” said Roth to the news outlet.

“If you are referring to Exhibit A intending to use the former site of Hanson Electric for a proposed use that requires a Special Permit the remedy is available and simple.  The Planning Board allowed a 30 day temporary use under signage provisions during October of 2019 as a one time only courtesy to help them out but informed the applicant at the time that any future use of the site for the same purpose would require a Special Permit for Use from the Planning Board since it is not an allowed use of the property.  The Applicant has been instructed to make an application for a special permit to the Planning Board but has chosen not to do so.  Currently there is no building permit to allow the operation of business on this site by Exhibit A and therefore there is no way to assist them to operate until this happens,” said former Planning Board Chair and Current District 1 City Councilor Long to SOURCE when asked about Exhibit A’s struggles with the City of Framingham.

“The solution by Inspectional Services of reapplying for the Special Permit is not a realistic option. This would call for a Major Site Plan Review to be conducted again as well as all the associated fees and professional services that would entail. At the end of this process, we could be looking at close to $9000 in fees and expenses just to reapply for a permit that we feel is still valid. It’s not just a matter of paperwork,’ said a frustrated Roth.

“Telling us to endure this kind of expenditure at a time when we are laying off staff and making major cuts to our operations in order to survive the current situation (pandemic) is adding insult to injury. This does not suggest to us that Framingham is open for business or supporting its anchor businesses,” said Roth.

Roth said Exhibit A Brewing Company asked Tusino “to accept that our current permit is valid in perpetuity as it was stated to us in the hearings. We do not feel that his insistence that my comments during a hearing constitute an expiration date, nor would this stand up to legal scrutiny. It’s a simple fact that the Planning Board Decision does not contain an expiration date. This acceptance will enable us to move ahead with obtaining the proper alcohol and entertainment licenses to operate the beer garden again as soon as conditions allow for a safe re-opening.”

“The 2019 Planning Board approval had an end date and the approval was for a temporary outdoor seating I made the ruling that a new filing would be required,” said Framingham Building Commissioner Tusino to Source today, June 18.

“I was contacted by staff from Exhibit A Brewing in early February 2020 and explained the whole process to them,’ said Tusino.

“Since this past March, Downtown Framingham, Inc. (DFI) has been working in-step with elected officials and local business leaders to support Exhibit ‘A’ Brewing Co.’s quest to seamlessly reopen its beer garden this summer,” said Thraen.

“Kelsey explained that Inspectional Services and Health Departments needed to conduct inspections after the Planning Board provided approvals, and a possible delayed opening would result in tens of thousands of dollars in lost revenue during this difficult time. Again, I contacted elected officials and community business leaders to help find a way to expedite a meeting to approve Exhibit ‘A’ Brewing Co.’s beer garden to ensure this destination brewery could reopen as planned for the upcoming holiday weekend to help make-up for lost sales during the ongoing pandemic,” said Thraen.

State Rep Jack Patrick Lewis and City Councilors were asked to help Exhibit A expedite its process through the City this spring.

“Exhibit A has been an outstanding corporate citizen in Framingham. They have also been remarkably patient through delays in the handling of routine City administrative matters. For months now, DFI and I have been advocating to senior City leadership and our Economic Development professionals to develop a solution which allows Exhibit A to reopen using the same beer garden concept that the City approved last year,” said District 4 City Councilor Michael Cannon, who heads the City Council’s Economic Development subcommittee.

“Instead of following my direction they decided to ask staff from the City’s Economic Development Office and certain city councilors for their opinion and have decided to follow a different path, luckily for them the COVID-19 crisis and the Governor’s order has relaxed zoning requirements so they may get a free pass this year but they do need a special permit from the Zoning Board and Planning Board site plan review in the future as  I specifically outlined for them in February 2020,” said Tusino, this morning. “I wish Exhibit A and all businesses in Framingham the best during this pandemic.”

“As the current chair of the Framingham Planning Board, I had advocated a month ago that this matter be settled administratively without the need to drag out the owners of Exhibit A to a Planning Board meeting. I view this change as immaterial. Nothing in their approved site plan has changed, and all conditions in their special permit remain in full force and effect,” said Kristina Johnson. “Obviously the building commissioner disagreed and I was overruled. This is not about favoritism. It’s about taking care of a matter that doesn’t change, in my opinion, the substance of the original permit through an administrative action.”

As of 12:30 p.m. June 18, the Framingham Planning Board meeting has yet to be rescheduled for Exhibit A, thus the beer garden is still on hold.

The cancelled meeting agenda states the new Exhibit A hearing will be held on June 24, but it has yet to be legally posted, as required by the law.

“It is embarrassing that we’re sitting here in mid-June and that has yet to happen. As our local business community finalizes plans to emerge from this difficult time, our senior city leadership and economic development professionals need to work harder to provide as much assistance as possible,” said Councilor Cannon.”Local jobs and local tax revenues are at stake, and every delay makes it harder for this local business to reopen and recover.” 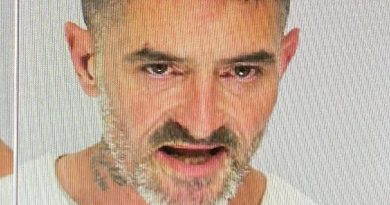 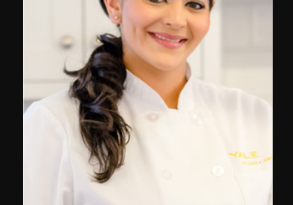