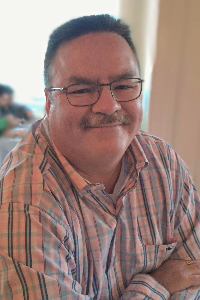 FRAMINGHAM: Douglas P. “Doug” Monahan, 57, of Framingham and West Yarmouth, passed into eternal life on Friday, June 12, 2020 at his West Yarmouth home with his family by his side. Doug fought a short but valiant battle against an aggressive rare form of cancer.

Doug was born in Natick, the son of the late Kenneth G. and Vivian R. (Smith) Monahan.

Doug was the loving husband and best friend of Patricia M. “Tricia” (Alphen) Monahan, to whom he was married for 34 years.

He is also survived by his cherished children, Sean D. Monahan of Framingham and his girlfriend Hannah Eldridge, and Kathleen P. “Kat” Monahan of Watertown and her boyfriend Neil Madramootoo. Doug is also survived by his loving brother Steve Monahan and wife Amy of Framingham, and his brother David Monahan, also of Framingham. His brothers Bruce and Kenny Monahan pre-deceased him. In addition, Doug leaves his brother-in-law Paul Alphen and wife Nan of Westford, his sister-in-law Mary “MJ” Jones of Framingham, any many dear nieces and nephews. Doug also leaves behind his 3 cats: Toonie, Kodi and Stockton, who, especially during Doug’s illness, rarely left his side.

Doug’s career in Information Technology took him from careers in consulting to long stints working for Boston Gas, KeySpan and National Grid.

Doug finished his career as a Finance Manager at National Grid, taking a step away from IT after over 30 years.

Doug volunteered much of his time to activities that involved his children. While his children attended St. Bridget School and Marian High, he chaired the annual golf tournaments.

He also served as the Marian High Boosters President.

Unquestionably, his fondest times were spent coaching his children. He served as Sean’s Framingham Baseball coach for over 10 years. He coached Kathleen in both CYO basketball and Framingham softball. He loved attending all of his children’s high school games, and when Sean played football at Assumption College, he never missed a game either at home or away.

Doug and Tricia met at their summer jobs at Filene’s Basement in Framingham when they were both teenagers.

At 21 years old, Doug graduated from Bentley University as a double Falcon, with a BS in Computer Information Systems and an AS in Accountancy.

After landing his first job just fresh out of college, Doug asked Tricia to be his wife. From there, their love took off and the two experienced a partnership that was infallible. From their many trips together and over 25 years of summers with the children on Cape Cod, the two moved through life as one with their unbridled love and support of each other. Many rounds of golf were enjoyed by Doug and his family at Blue Rock Golf Course in South Yarmouth, where the family vacationed for the past 20 years. Playing 2 rounds of golf a day with Sean was a treat Doug enjoyed each year. Going to nice restaurants and antiquing became a family tradition, where Kathleen and Doug became frequent contributors on Yelp and kept track of each other’s whereabouts through their many check-ins. Doug and Tricia did everything together, as they never tired of each other’s company. Doug always entertained all of Tricia’s wishes, even when the trips included shopping. These excursions were most always capped off with a fine meal at the end of the day.

Doug finally achieved one of his life-long dreams of living on Cape Cod this past fall, when he and Tricia purchased a summer home near Lewis Bay in West Yarmouth. Though his time in West Yarmouth was short-lived, Doug and Tricia spent every weekend from September to December enjoying all the fall and Christmas festivities that the Cape had to offer. Doug was so at peace enjoying every aspect of Cape Cod life, with many days ending with a walk to the beach watching the glorious pink sunsets over Lewis Bay.

Doug also enjoyed watching all sports, and especially enjoyed traveling to PGA events with Sean. He was a die-hard fan of the New England Patriots, Boston Bruins and Boston Red Sox. Doug was also passionate about his music. He attended many concerts over the years at various NE venues, his favorites being the Pavilion in the Seaport district, the South Shore Music Circus and Fenway Park, especially when Pearl Jam was playing.

Due to COVID-19 Guidelines and by Order of Governor Baker, a face-covering and social distancing will be required.

Also, visitors will be asked not congregate inside the funeral home.

Due to Covid-19 restrictions, the Funeral Mass will be private.

Doug’s burial and a Memorial Celebration of his life will be planned for all of his family and friends at some time in the future.

In lieu of flowers, contributions in Doug’s memory may be made to the MGH caregivers in the Ellison 16 Oncology unit, or to continued cancer research at MGH. 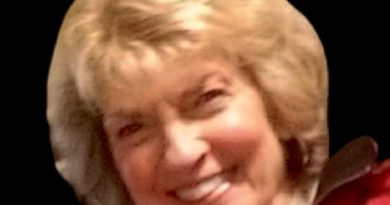 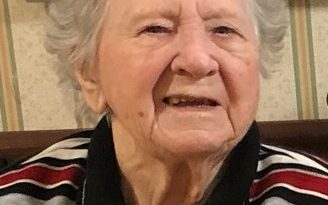 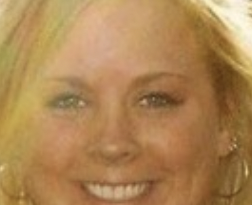