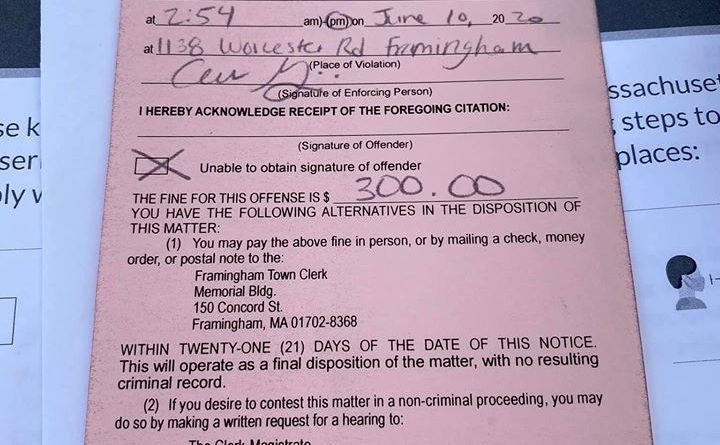 This was the third ticket in less than a month for the Route 9 East restaurant. Two tickets were issued in May, totalling $300.

Framingham Health Director Sam Wong said Samba is the only restaurant in the City to be fined for outdoor dining violations, this month.

Restaurants were ordered closed by the state in mid-March due to the coronavirus pandemic. They could do take-out, curbside pickup, or delivery only until June 8, when the Governor approved outdoor dining.

Samba, did prematurely begin installing tents and picnic tables in its parking lot, in addition to its patio seating it has in 2019.

On May 27, the Framingham Health Department issued an “oral educational warning to the owner of Samba,” said Wong.

On May 28, the Framingham Department issued “a written order to cease such operation.”

On Friday, May 29, the Framingham Health Department “issued a $100 fine” to Samba Steak and Sushi.

On Saturday, May 30, the Framingham Health Department issued a $200 fine.

On Sunday, May 31, Samba owner took down the tent and stacked the picnic tables.

On June 4 at 7:35 p.m., City of Framingham began accepting applications from restaurants, especially those that serve alcohol like Samba, to apply for special outdoor dining permission.

The Framingham License Commission heard 11 applications on Monday, June 8 and approved 10 of them. Samba’s application was not among those 11.

He said the City told him the application was not complete and this why it was not heard on Monday, June 8, and without an approved application, the health department fined him on June 10.

“License board said I that I didn’t fill up application right,” said Zhang to the news outlet. “They only give me one day to get all information!! And I worked like a dog myself.”

The application is only available in English, said the City of Framingham Chief Information Officer Kelly McFalls.

“The application is confusing,” said Zhang, of which English is not his first language. “The City should be helping us.”

No response was received by the news outlet as of 4 p.m. today, June 11.

(Updated) Volunteer and chair of the Framingham Licence Commission Adam Barnosky in an email to full City Council on June 10 wrote “we have been emailing directly to licensees,’ but agree the “more outreach the better – particularly to our small and independent operators.”

The Commission will hear more applications on Monday night, June 15 at 7 p.m. via a remote ZOOM meeting.

“There is a Zoom meeting on Monday. I don’t even know how to do Zoom meeting. Why they can’t call me?” questioned Zhang.

Barnosky said the Commission will meet every Monday in June to approve applications.

“They should holding at least two meetings a week,” said Zhang.

On June 5, Barnosky, as chair of the License Commission, emailed licensee’s in the City.

“To assist you in reopening your restaurant, the City of Framingham has created an easy to follow guide to apply. The City is committed to expediting the process of reopening restaurants,’ said the email to licensed restaurants.

Barnosky and the rest of the volunteer Commissioners have been working on getting the word out about the applications, but the the city’s Economic Development Department has been somewhat silent.

“Mayor Spicer told everyone that Framingham is the leading one city to reopening the restaurant outdoor. They should send out applications, and help us,” said Zhang.

The City pushed the application again in a press release today, June 11, but again the application is just in English. There are a large contingent of ethnic restaurants in the city including many owned by those who speak Spanish and Portuguese.

“Framingham restaurants are in the business of taking care of people safely, and we are all eager to see them reopen. The administration and our professional staff need to work harder helping our local restauranteurs navigate these new processes. Our local restaurants must be an important part of this conversation,” said City Councilor Michael Cannon, who chairs the City of Framingham’s Economic Development subcommittee for the Council.

Cannon said he had hoped the city would do better outreach to the independent restaurants in the community – and work hard to help those restaurants of which English is not their first language to complete the application. 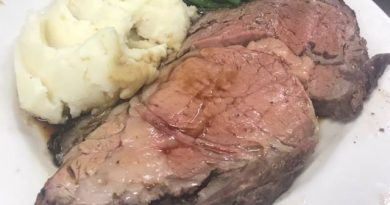 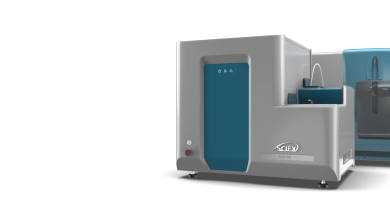 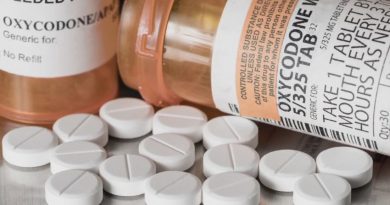