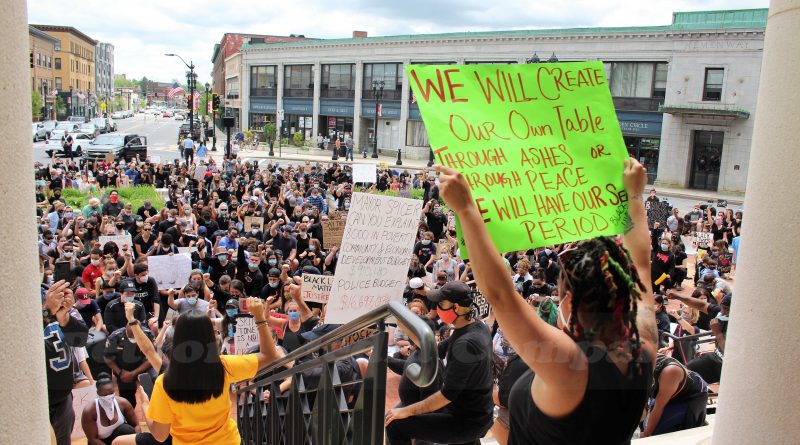 FRAMINGHAM – Three days after the death of George Floyd, while in custody of then-Minneapolis police officers, Kelvin Rivera organized a protest in Framingham to bring awareness to racism and police brutality.

That first protest on May 28, had a couple dozen Framingham High alumni from the class of 2016 & 2018 who participated.

Yesterday, Rivera’s protest drew more than 800 residents to the Memorial Building on a Sunday afternoon.

This time they were joined by the Framingham Police Chief and his three deputy chiefs. The police officers in attendance knelt for 9 minutes with the protesters to mark the 9 minutes Floyd, a black man was handcuffed on the group with a Minneapolis police officer’s knee in his neck. He cried he couldn’t breathe and later died. All four copies at the scene were fired a day later, when a bystander’s video showed the event. The FBI is investigating and has charged all four former officers.

“We barely held it on that one knee,” said Rivera. “Imagine someone with that knee here (as he pointed to his neck” and not breathing. … Unfair. Shouldn’t have happened at all, anywhere in the world.”

During the protest the crowd shouted “no justice, no peace” and “hands up, don’t shoot,” and “Black Lives Matter.”

Rivera, who led his Framingham High volleyball team to a state championship in 2016 as its captain, now is leading a youth movement in the City of Framingham for change.

“George Floyd was not the only victim,” said Rivera. But he added that Floyd brought together this group, and the “human race.”

Now he wants to organize one more protest this month and then an annual event to keep the focus on this issues.

Rivera also announced he wants to promote businesses owned by African-Americans and people of color. He also wants to help recent graduates of the city’s high schools, who don’t go on to college, to become entrepreneurs and launch their own businesses.

“We need to give people the opportunity to work on their own idea, and create their own business,” said Rivera.

“He also wants to promote more recreational events for the city’s youths and adults,” like basketball and volleyball. “It will help to create a better community.”

“We will plan one more protest,” said Rivera. “But we don’t want to just protest, we want to start moving on the plan.”

Chief Trask publicly thanks “this young man (Kelvin) for organizing this peaceful protest.”

Mayor Yvonne Spicer was not in attendance. SOURCE also did not see any of the 11 City Councilors at the protest on Sunday afternoon. 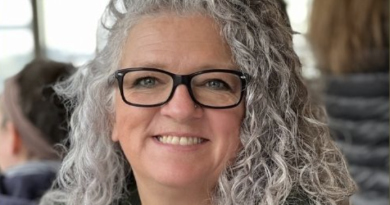 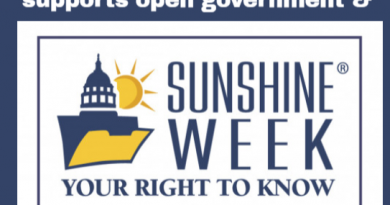 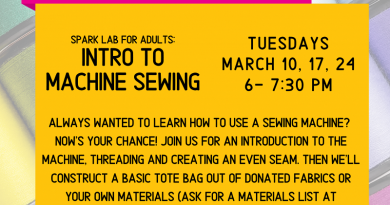 SparkLab Presenting Adult Workshop On How To Use A Sewing Machine