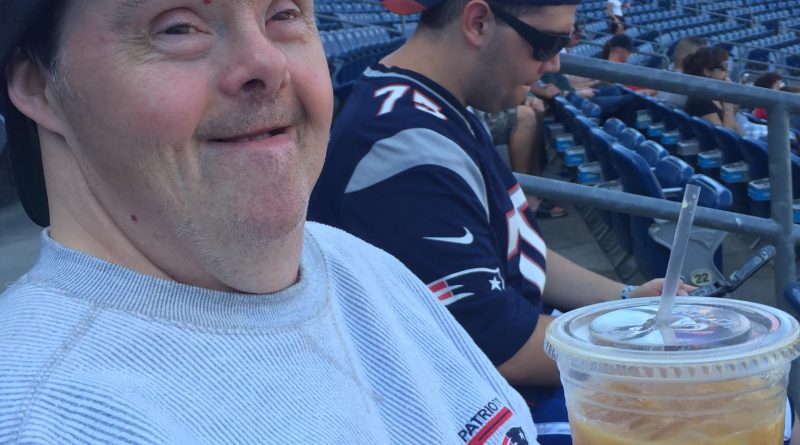 MARLBOROUGH – Peter G. Sullivan Jr., of Marlboro, passed away on May 25, at the age of 50, as a result of complications due to the Coronavirus.

“Petey” (or Peter S.) was born in Framingham in 1970 and grew up on Park Ave in Saxonville. He was born with Down’s Syndrome, and was adored by everyone who ever knew him; he was a blessing to all of us.

He was a resident of the Open Sky group home on Sidney St. in Marlboro and participated in the Seven Hills day program in Worcester.

He worked as a dishwasher at Nobscott’s Cafe in Framingham for several years, and immediately became a local favorite. He LOVED that job. It might have had something to do with the perks: schmooze with the waitresses, enjoy a cheeseburger with fries AND unlimited refills of Diet Coke!

Petey was well known for his love of Boston sports teams, especially the Patriots. A season ticket holder since 1994, he was a legend in section 122 of old Foxboro Stadium, and that legend carried on to Gillette stadium for several years. His brothers and friends would celebrate EVERY Patriot’s touchdown by tossing him up in the air 7 times! It was a sight to be seen, and he loved every minute of it. It was pure joy for everybody involved. Here are some other things that made Petey so special: He gave incredible hugs; he loved Diet Coke! (preferably 2 at a time, EXTRA ICE); he made everybody happy who happened to be in his company; he loved cheeseburgers, hot dogs and pancakes; his obsession with Dunkin Donuts Iced Coffee (LARGE ONLY, EXTRA ICE), and his sense of humor (he loved to “mock” people and it cracked him up).

Petey loved spending time with his family: his Dad and soulmate Peter G. Sullivan Sr, “Dad S.”, who predeceased him in 2012. He is survived by his beloved mother, Martha Sullivan, of Framingham, from whom he got his passion for Boston sports; his brother Jim, of Alstead, NH, with whom he developed a special bond , especially in adulthood, spending countless weekends barbequing/ lobster baking and Bass fishing; his brother Mike, of Manchester, VT, with whom he enjoyed the Patriots and also going to Fenway Park,(with Mike’s 11 yr old son Benjamin); his brother Tim of Farmington NH, with whom he also enjoyed the Patriots games. Petey and Tim were the closest in age and were inseparable as kids and into adulthood, their relationship was truly special. Petey was predeceased by his oldest brother Joe, of Jacksonville, FL; his “Gram”, Dorothy, who would bounce him on her knee and sing to him for hours when he was a baby; his “Nana” Leonore McNabb; his Aunt Nancy(“Aunt CC”) maybe his favorite person of all time; his Uncle Dick; his Uncle Don and Aunt Phyllis. He is also survived by his Aunt Joanne, his Uncle Mike, eleven cousins(including Sean, who lived right next door, and Lori, who were both especially close to Petey), four nephews (Ben, Steven, Ryan and Colin) and two sister-in-laws (Camille of Manchester VT and Cheryl of Farmington NH).

Sadly, Petey tested positive for COVID -19 in late April. In true Peter S. spirit, he fought and fought, SO hard. He was in and out of ICU. He was defying all odds, as he had for his entire life. He looked like he had it beat, but then took a sudden turn for the worse.

In honor of Petey, do something kind for someone. In honor of Petey, treat EVERYONE with love and respect. If everybody had Petey’s heart and capacity for unconditional love, this world would be a much better place. He is in good hands now, with Dad S. and all the rest. We can only hope there is DD Iced Coffee in heaven. God Bless You Petey.

Due to the current health restrictions, family and friends will honor and remember Petey’s life at a later date to be announced.

In lieu of flowers, remembrances may be made in Petey’s name to the Special Olympics Massachusetts, 512 Forest St., Marlborough, MA 01752, www.specialolympicsma.org.

Arrangements by the McCarthy, McKinney & Lawler Funeral Home of Framingham. For online tributes, or to share a memory with Petey’s family, kindly visit www.mccarthfh.com. 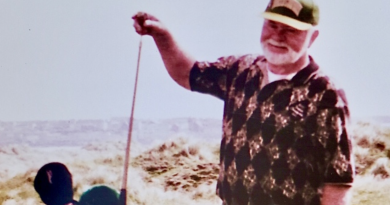 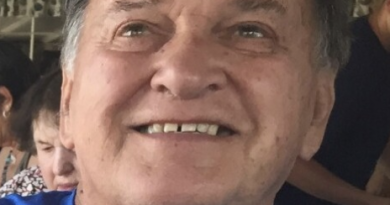 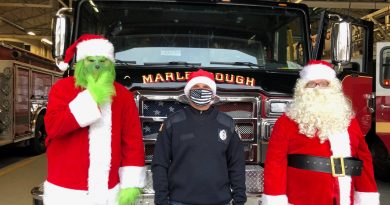