FRAMINGHAM – Police arrested a Framingham teen early Thursday morning, after he an individual with a paint ball gun, and damaged at least four vehicles with paint.

He was charged with assault & battery with a dangerous weapon, possession to distribute a Class D drug (marijuana), defacing property, failure to drive within marked lanes, and driving a motor vehicle with tinted windows.

Individuals age 18 and older are charged as adults.

On a previous day, he shot an individual, and injured that individual, with the paint ball gun, she said. The individual was shot in the eye by the paintball.

He is scheduled to be arraigned today, via a video conference, said Lt. Grigas.

If any residents have paint ball damage to their vehicles, they are asked to call Framingham Police at 508-872-1212.

Editor’s Note: The news outlet will update after the arraignment and the police report is available. 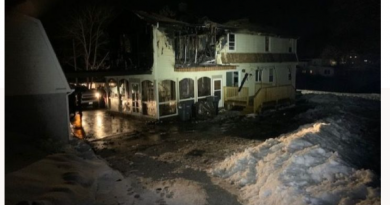