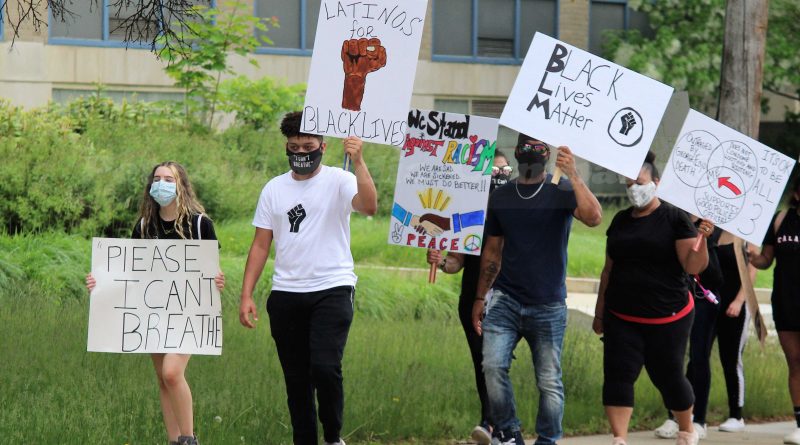 Originally posted at 2:45 p.m. Last updated at 4:05 p.m. with latest charges out of Minnesota.

FRAMINGHAM – A Black Lives Protest peacefully marched from the Framingham Centre Common, down Union Avenue to the Memorial Building, and back to the Framingham Common this afternoon, June 3.

The organizer of the protest march was Noah Montano Rodriguez, 16.

The protest was planned by Keefe Tech students and their families, according to Framingham Police.

“Violence is not the answer,” said Montano Rodriguez, who attends Keefe Tech Regional High School. He said he wants to become a police officer. he wore a mask that said “I can’t breathe.”

More than 125 individuals, of all races, marched in the protest.

The protests have been happening all over Massachusetts and America after a black man was killed while in custody of white police officers in Minneapolis.

Today, June 3, it was announced the other three former Minneapolis police officers on the scene when Floyd died were being charged with aiding and abetting a murder, and the murder case against former police officer Chauvin was upgraded to second degree.

When the protesters reached the Memorial Building, the individuals laid down on the ground, to mark the time Floyd was on the ground, in handcuffs, under the knee of the Minneapolis Police Officer.

Framingham School Resource Officer Kathy McGrath was observed supporting the protesters outside the Framingham Police Station in the parking lot between the station and the Memorial Building. 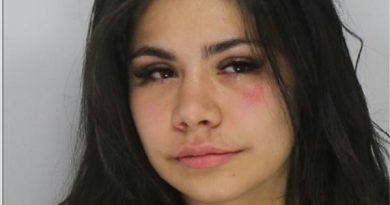