Editor’s Note: Ashland Town Manager Michael Herbert & Ashland Police Chief Vince Alfano issued a joint statement tonight, May 31 on the death of George Floyd in Minneapolis. On Monday, while handcuffed Floyd, a black man, died in police custody in Minneapolis. A white police officer Derek Chauvin pushed his knee into Floyd’s neck, as he cried that he could not breathe. On Tuesday, Chauvin and three other police officers were fired, after a bystander’s video showed the incident. The FBI is now investigating the death, and on Friday arrested Chauvin.

ASHLAND – “As a Police Officer, my fundamental duty is to serve the public, safeguard lives and property, protect the innocent against deception, the weak against oppression or intimidation, the peaceful against violence and disorder and to respect the constitutional rights of all men and women to liberty, equality, and justice.”

The above words are only a section of the code of ethics that each person swears to uphold when selected to become members of the Ashland Police Department.

Similar oaths are taken by police officers all across the country. It should serve as the moral cornerstone of their career.

Officers acting in accordance with those ethics should result in the community feeling safe and secure. And yet, as you watch the death of George Floyd unfold in brutal fashion, what you are witnessing and feeling from those officers elicits the exact opposite.

Police Chief Vin Alfano and I join the many others who express our utter disgust in the actions and inactions of the four Minneapolis police officers involved in George Floyd’s death and denounce them in the strongest sense of the word.

We expect swift and appropriate justice for those involved. The actions of these officers understandably cause people to pause and perhaps question the character and culture of their local police departments.

In the shadow of this tragedy, I feel it important to reaffirm my confidence in Chief Alfano and the men & women of the Ashland Police Department. Chief Alfano and I are proud of the department’s adoption of the six pillars of the principles embodied in the final report of the President’s Task Force on 21st Century Policing.

We can assure our residents and visitors that the techniques exhibited in Minnesota are not, and never have been, part of the department’s training, and the malice displayed in Minneapolis is not a part of their character.

The department’s training focuses on de-escalation of situations, humane treatment of persons in custody, and recognition and immediate corrective action of improper treatment of any person.

Collectively, we are committed to professional conduct, democratic policing, and procedural justice for all people.

The Chief and I recognize that current events reinforce the urgency for further dialog and action.

Later this week, we hope to facilitate a conversation around these important issues, at a time and place to be determined. We thank you for your support, and hope through this message and our past and future actions all members of our community feel supported as well. 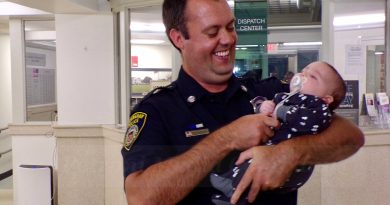