FRAMINGHAM – A Framingham youth was arrested on Thursday, May 28 after an assault at Bowditch Field.

He was charged with unarmed robbery and assault and battery with a dangerous weapon, according to the police log.

Juvenile arrest booking photos and details are not allowed to be made public, under state law.

The two teens knew each other, according to police. 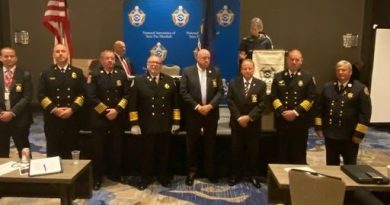 Massachusetts Fire Marshal Elected to National Association Board of Directors