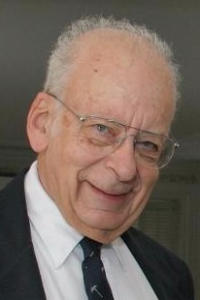 He was the beloved husband of Joy Viola with whom he shared 56 years of marriage.

Born in Vienna, Austria in 1928, he fled the Nazis regime at age nine via the Kindertransport, a British program created to evacuate Jewish children from Austria and Germany to England at the onset of World War ll. He resided in England for one year before being reunited with his parents in New York.

From there the family moved to Baltimore, MD where Alfred attended the Baltimore Polytechnic Institute and the Johns Hopkins University.

He obtained his PhD in Organic Chemistry at the University of Maryland. In 2019, his life story was recorded by the Austrian Cultural Institute, a program documenting the history of Austrian-Jewish immigrants who fled to the USA during the Nazi era. It is located at the Leo Baeck Institute in New York and his interview may be heard on-line on their website.

Alfred began his academic career as a research associate at Boston University moving on to Northeastern University in 1957 as an assistant professor of chemistry. He remained at Northeastern for 41 years., retiring as Professor Emeritus in 1997. During his tenure at Northeastern he taught Organic Chemistry in both the undergraduate and graduate programs and conducted and published research in his field.

Beloved as a teacher, he was nominated by his students for the Excellence in Teaching Award which was presented to him at Northeastern Commencement exercises in 1991

Alfred was a 50-year member of the American Chemical Society and recipient of the Henry Hill Award presented by the Northeast Section of the ACS in recognition of his many years chairing the Continuing Education Committee and serving on the ACS Board of Directors.

A life-long birder, with a life list in excess of 2300 species, he enjoyed a hobby of nature photography and together with his wife, Joy, traveled to all seven continents often leading The Penguin Society, an informal group of friends and associates who accompanied the Violas on natural history trips to out-of-the-way locations.

He took seven safaris to various parts of Africa and his last trip was to Cuba in 2012 where he added the Bee Hummingbird to his Life List, it being the smallest Hummingbird in the world. The photo collection amassed by Alfred and his wife was subsequently donated to the University of Georgia Center for Invasive Species and Ecosystem Health where their slides were converted to digital images, posted, and made available to the public through its website, www.Bugwood,org.

In 1991 Alfred and his wife established the Alfred and Joy Viola Undergraduate Scholarship at Northeastern University for students majoring in chemistry and pharmacy. More than 30 students have since benefitted from this scholarship.

He and his wife also became major donors to Yankee Golden Retriever Rescue where they provided the naming gift for the organization’s shelter and adoption center in Hudson.

He was also a supporter of many natural history organizations including the Sudbury Valley Trustees.

He leaves behind his wife, Joy, several cousins in California, many of his wife’s family members in Minnesota with whom he was close, his sister-in-law, Ruth Viola, and several nieces and nephews in Israel, as well as his beloved dogs, Ozzie, a Golden Retriever and Anna, a Black Labrador.

Burial will be at Mt. Auburn cemetery which he and his wife often visited as birders enjoying the spring warbler migration.

Because of the COVID19, burial will be private. In lieu of flowers, donations may be made to: Yankee Golden Retriever Rescue, PO Box 808, Hudson, MA or the Sudbury Valley Trustees, 18 Wolbach Road, Sudbury, MA 01778. 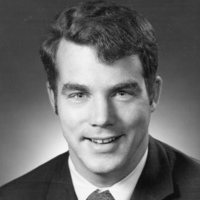 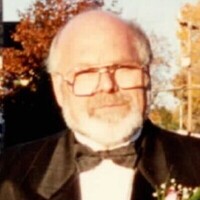 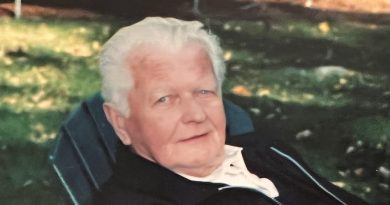