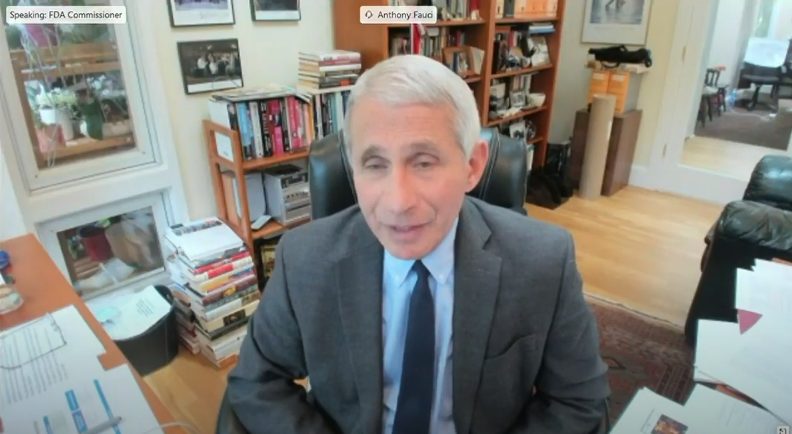 Dr. Fauci agreed with Senator Warren that more needs to be done to contain the virus and prevent a second wave.

The U.S. is doing a fraction of the tests every day that public health experts have called for, does not have a national contact tracing program, and–unlike other countries–has not done what it takes to contain the virus.

Below is the exchange between the two, courtesy of Senator Warren’s office.

SENATOR WARREN: Thank you Mr. Chairman and thank you to our witnesses for being here today. I hope everybody is staying safe and healthy. In the past 16 weeks, over 1.3 million Americans have been infected with coronavirus. We now know that about 80,000 people have died and 33 million people are out of work.

Dr. Fauci, you have advised six presidents, you have battled deadly viruses for your entire career. So I’d just like to hear your honest opinion. Do we have the coronavirus contained?

DR. FAUCI: Senator, thank you for the question. Right now, it depends on what you mean by containment. If you think that we have it completely under control, we don’t. I mean if you look at the dynamics of the outbreak, then we are seeing a diminution of hospitalizations and infections in some places, such as New York City, which is plateauing, starting to come down. New Orleans, but in other parts of the country, we are seeing spikes. So when you look at the dynamics of new cases, even though some are coming down, the curve looks flat with some slight coming down. So I think we’re going in the right direction, but the right direction does not mean we have, by any means, total control of this outbreak.

SENATOR WARREN: So, the right direction, as I understand it, we have about 25,000 new infections a day and over 2,000 deaths a day. I think those are the right numbers and some are estimating we could be at 200,000 cases a day by June? Is that right, Dr. Fauci?

DR. FAUCI: I don’t foresee that as 200,000 new cases by June. I am hoping and looking at the dynamics of things starting to flatten off and come down, that we will be much, much better than that, Senator.

SENATOR WARREN: And that’s where we are right now. So let me just ask. We know that it is possible to get this virus under better control. Other countries have done it, like South Korea, but we are now three months into this pandemic and basically we’ve continued to set records for the number of people who are diagnosed and the number of people who’ve died.

Dr. Fauci, you’ve recently said that a second wave of coronavirus in the fall was “inevitable,” but that if America “puts in place all of the countermeasures that you need to address this we should do reasonably well. And the countermeasures you identified are things like continued social distancing, significantly more testing, widespread contact tracing, you also said that if America doesn’t do what it takes, and this is your quote, “we could be in for a bad fall and a bad winter.”

So right now we’re about sixteen weeks away from Labor Day, that’s about the same length of time since the virus was first detected here in the U.S. Do we have enough robust countermeasures in place that we don’t have to worry about a bad fall and winter?

DR. FAUCI: Right now, the projection, as you’ve heard from Admiral Giroir, with regard to testing and other elements that would be needed to respond, the projection is that by the time we get to the end of the summer and early fall, that we will have that in place. That is the projection.

If we don’t do better on testing, on contact tracing, and on social distancing, will deaths from coronavirus necessarily increase?

DR. FAUCI: Of course. If you do not do an adequate response, we will have the deleterious consequence of more infections and more deaths. And that’s the reason why you quoted me, Senator, quite correctly. Everything you said, and I will stand by that. If we do not respond, in an adequate way, when the fall comes, given that it is without a doubt that there will be infections that will be in the community, then we run the risk of having a resurgence. I would hope by that point in time, in the fall, that we have more than enough to respond adequately. But if we don’t, there will be problems.

SENATOR WARREN: I appreciate your hope, and I wish we could tell the American people that the federal government has this pandemic under control. But we can’t. In fact, you have said that the virus is not under control in the U.S. We haven’t yet taken the measures necessary to prevent a second wave of death. And we all know that the people who are going to be most affected are going to be seniors, essential workers, the people who are out on the front lines. The president needs to stop pretending that if he just ignores bad news, it will go away. It won’t. The time for magical thinking is over here. President Trump must acknowledge that the federal response has been insufficient and that more people are dying as a result. We are running out of time to save lives and we need to act now.

So, thank you Dr. Fauci for all you’re doing. I appreciate it, but the urgency of the moment could not be clearer. Thank you. 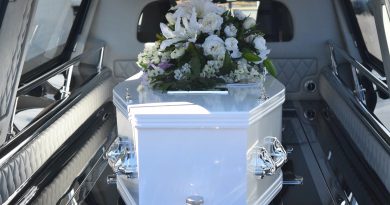