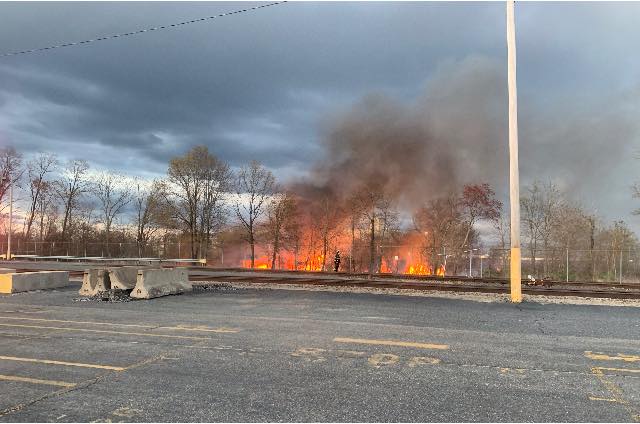 Last updated at 10:53 p.m. with quotes from Framingham Fire Chief

FRAMINGHAM – Firefighters from three communities and the Massachusetts Forest Fire Control Unit battled a 2-alarm brush fire tonight, May 4, for about three hours in Framingham.

The fire was located between the CSX rail yard on Hollis Street and the Adesa property on Loring Drive in Framingham, said Framingham Fire Chief Michael Dutcher.

The Fire Chief said every station in Framingham, more than 40 firefighters, along with units from Natick & Ashland battled the fire that started around 7:30 p.m.

When firefighters arrived on scene they found the fire 20-30 feet in the air, scorching trees, said Chief Dutcher.

The fire was in a wooded and swampy area on the Ashland and Sherborn borders in Framingham.

“The crews did a great job tonight,” said the fire chief.

Chief Dutcher thanked Framingham DPW for providing a few light towers after the sun went down.

Framingham used both its small brush truck and its new reconfigured militray truck now a brush truck tonight, along with many engines, the ladder truck, the rescue truck, etc.

Dozens of Fireworks Complaints Since Friday Night in Framingham 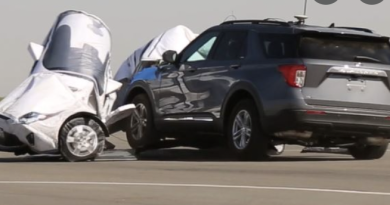