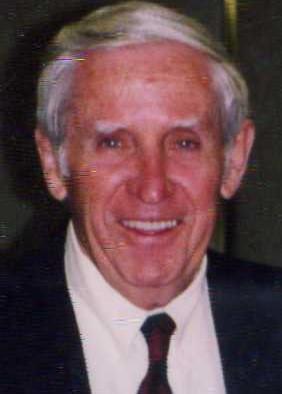 He was the beloved husband of Patricia J. ( Shanahan ) O’Connell for 61 years.

Born in Framingham, he was the son of the late Joseph and Margaret ( Dwyer ) O’Connell.  Dick, also known as “Oakie”, attended Framingham schools as well as The Newman School and Brandeis University.

He was a veteran of the United States Navy and served on the USS John Paul Jones.  After being discharged from the Navy, he worked for Jordan Marsh and then Raytheon until he retired in 1996.

After that he spent time as a merchandiser for Hudson News Distributor.

He was a proud member of the Barbershop Harmony Society for many years and thoroughly enjoyed singing in competition with the Sounds of Concord chapter.  He also served as President of the Northeastern District.

He loved soccer and was a Framingham coach for the Framingham United Soccer Club for many years.

He especially liked attending sports events that involved his children and grandchildren. Ireland, which held a special place in his heart, was his favorite place to visit, leaving him with many wonderful memories.

Beside his wife, Dick is survived by his children Megan DeVellis and Timothy ( Ellen ) O’Connell and grandchildren Michael, Kristin, Matthew, Devin, and Daniel.

He was predeceased by his three brothers: Joseph, Paul, and Barry. There will be no visiting hours and the funeral service will be private.

Donations in his name may be made to: Alzheimer’s Association, 309 Waverly Oaks Road, Waltham, MA 02452.