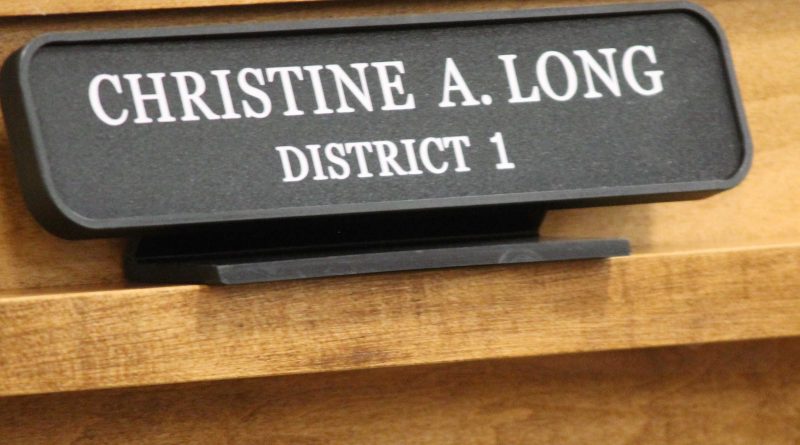 FRAMINGHAM – District 1 City Councilor Christine Long has resigned from the Framingham Planning Board. She was the Planning Board chair.

Long submitted her resignation to Mayor Yvonne Spicer on January 2. It was filed with the City Clerk’s office in January.

The resignation was effective March 1, 2020

That means that Framingham Planning Board Vice Chair Shannon Fitzpatrick will become the acting Chair of the Planning Board for its meeting tomorrow night, March 5.

It also means the Framingham Planning Board will have just four members until a new appointment by the Mayor is made and approved by the 11-member City Council.

In her resignation letter, Long wrote: “As you are aware, I recently have been elected to the City Council to represent District 1 and as such, I have taken the oath of office to fulfill the duties of that position. Consequently, it is at this time I tender my formal resignation from the Planning Board effective March 1, 2020, thus allowing the time needed for your office to seek a replacement for my position on the Planning Board in addition to providing the necessary time to complete ongoing projects that require full Board participation.”

The Mayor’s office announced today, March 4, it was seeking individuals for boards and commission, including the Planning Board.

Long was the last Planning Board member elected to her position under the Town of Framingham form of government. She was elected to another 3-year term on April 4, 2017. Her term would have expired on April 4, 2020, had she not submitted her resignation.

She also could have submitted a resignation letter without a date, and said she would resign effective when the Mayor’s replacement was approved and sworn in. Instead, Long submitted a date-specific resignation.

After a decade with Framingham, Planning Board Administrator Amanda Loomis resigned. SOURCE broke the news on December 19, that Loomis had tendered her resignation for a position with the Town of Lexington.

The position has not been advertised with the City of Framingham. Associate Planner Nathaniel Eames is currently filling in what was Loomis position, at the moment.