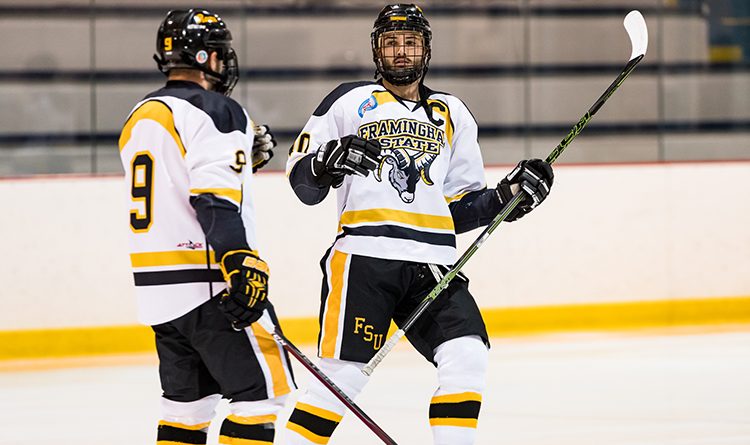 WORCESTER – The Assumption Greyhounds exploded for six goals on 54 shots, including four second period goals, to defeat the Framingham St. Rams 6-1 on Tuesday night to earn a win in the team’s first home game of the 2020 part of the season.

Up next, the Rams host Plymouth State in MASCAC action at 7:30 on Thursday evening.