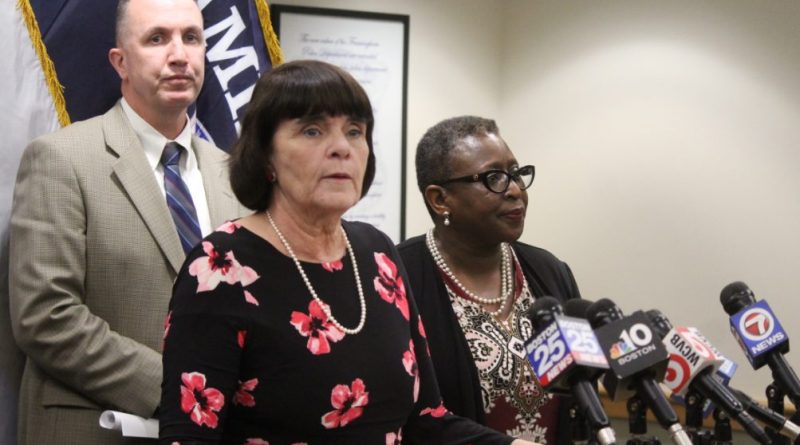 FRAMINGHAM – Police made an arrest today, January 14, in the double homicide on Friday night.

Arrested at a Marlborough hotel this afternoon was Aneudy Delgado Torres, 39, of Framingham. He was charged with two counts of murder, possession of a large-capacity magazine, possession of a firearm, and possession of ammunition in connection with the fatal shooting of James “manny Wade, 45, and his son James wade, 24.

Middlesex District Attorney Marian Ryan said a stray bullet went through one of the apartments this weekend, where a 4-year old child was sleeping. She was not injured.

Delegado Torres will be arraigned tomorrow.

On Friday, January 10 at approximately 11:37 p.m., Framingham Police responded to 911 calls of shots fired in the area of Second Street and Beaver Terrace Circle in Framingham.

Upon arrival, police located the two victims with multiple gunshot wounds. James “Manny” Wade was transported to MetroWest Medical Center where he subsequently died from his injuries.  His son, James Wade, was pronounced dead on scene.

During the investigation, police located an apartment where a bullet had travelled through their door into the interior of their house above where a four-year-old child was sleeping. A firearm was located in the area and is part of the ongoing investigation.

Investigators have learned that the parking lot adjacent Beaver Terrace Circle is a known area where drug transactions are conducted.  Recently, there has been competition between drug sellers for control of that area.

The preliminary investigation suggests that on the day of the murders, the victims allegedly went to the parking lot to meet people known to them.  When the victims showed up at the area of 44/46 Second Street, several individuals, including Delgado-Torres, were already in the parking lot.

Suddenly and without any conversation between the groups, Delgado-Torres allegedly pulled out a firearm and began shooting.  Both victims sustained multiple gunshot wounds. At this time, the relationship between Delgado-Torres and the victims is still under investigation.