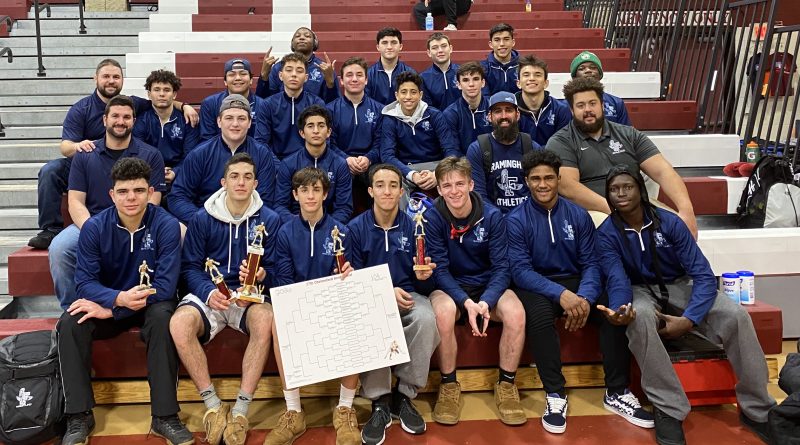 The Flyers are 5-4 this season.

Nolan Zigmont won the 106-pound title for Framingham. He is now 18-2 overall this season.

Patrick Quigley, who is 15-1 this season, was sick and did not compete in Chelmsford.

Nick Crotty took third place at the tournament at 152 pounds. He is now 18-3 this season.

Mario Cruz finished in fifth place in Chelmsford at 170 pounds.


Yesterday’s “performance was a great team performance. We had wrestlers scoring and winning matches who have struggled early in the season. We didn’t need to lean on our strongest wrestlers to place this high. Luis Mendes (113 pounds), Griffin Yarmaloff (182), Wilmur Lorenzo (195) and Brady Morgan  (285) all won several matches on the day to help us in our 3rd place finish,” said Delehanty.

The Flyers will host the Wildcats of Weymouth High on Wednesday at 6 p.m.