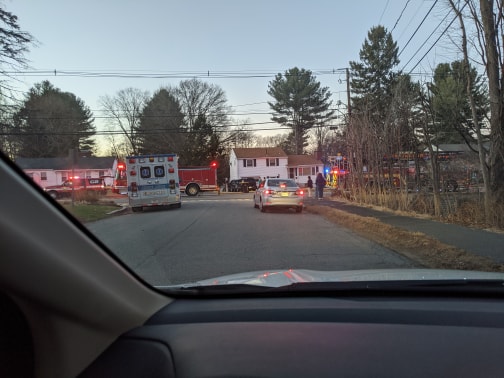 FRAMINGHAM – A woman, in her mid-50s, was hospitalized after a single-alarm fire in Saxonville today, January 12.

The call came in for a structure fire at 221B Central Street around 4:30 p.m., said Framingham Acting Fire Chief Michael Dutcher.

Firefighters found smoke showing when they arrived on the scene of the garage fire.

Companies cleared the scene around 6:15 p.m.

All occupants have housing for the night, said Chief Dutcher.