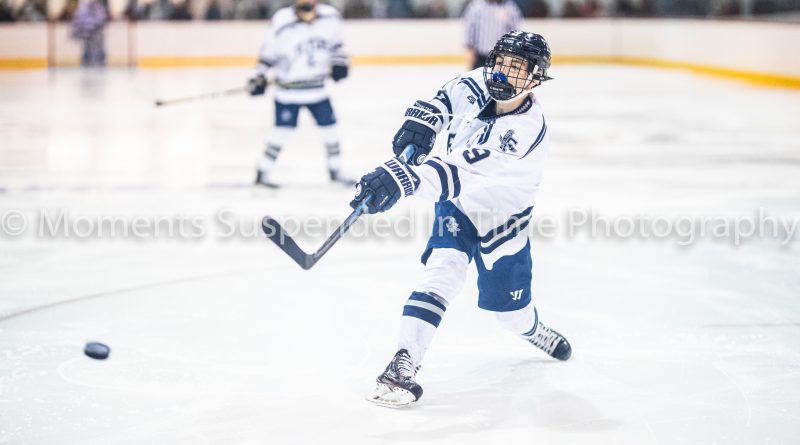 The Flyers defeated the Redhawks 3-2.

With the win, Framingham is now 8-2 overall under head coach Will Ortiz.

This was only the second loss of the season for the Redhawks.

Sean McWhinnie scored the first goal of the night, to give Natick an early 1-0 advantage.

Jared Shimelman scored a power-play goal for Framingham, with 1:37 remaining in the first period to tie the game.

At the end of the first period, the two Bay State Conference opponents were tied 1-1.

Jordan McCall scored for the Redhawks in the middle period to give them the lead again.

And just like in the first period, Framingham scored with less than 90 seconds left in the period to tie the game. It was the first of the captain’s two goals.

After two periods, the two rivals were tied again 2-2.

With 14:13 left in the game, captain Trischitta scored the game-winner for the Flyers.

UPDATED: The Flyers are back on the ice Monday night, January 13, as they battle Shrewsbury High at Northstar. Puck drops at 7:40 p.m.

Photos by Brendon Curtis of Moments Suspended in Time Photography.

High-resolution photos are available for purchase by emailing brendon@MSITphoto.com