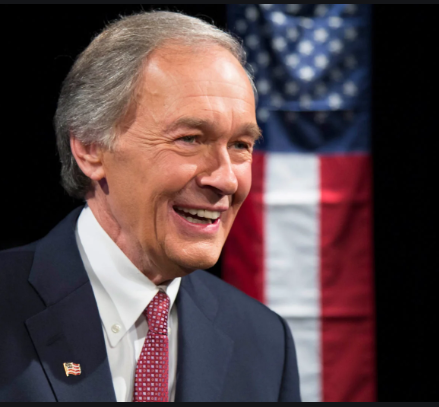 The bedrock law ensures that major federal infrastructure projects undergo review for impacts on the environment and climate. Trump’s proposed new rules would slash the number and limit the range of projects that require such a review.

“We are in a climate emergency, and the Trump administration’s attack on the National Environmental Policy Act would be the equivalent of shutting down 911,” said Senator Markey.

“This statute is one of the only laws that allows impacted communities to voice their concerns about projects that could harm their health, their environment, and their future. We need to consider climate change as part of every single decision made by the federal government, but the Trump administration is trying to ban it from the discussion,” said the Massachusetts Senator.

“Rising seas don’t matter. Warmer temperatures don’t matter. Toxic chemicals don’t matter. Dirty air, water, and land are acceptable as long as oil and gas companies can build, drill, and pollute without concern for local communities. This attack on NEPA is the latest and most dangerous front yet in the Trump administration’s assault on environmental justice,” said Sen. Markey.