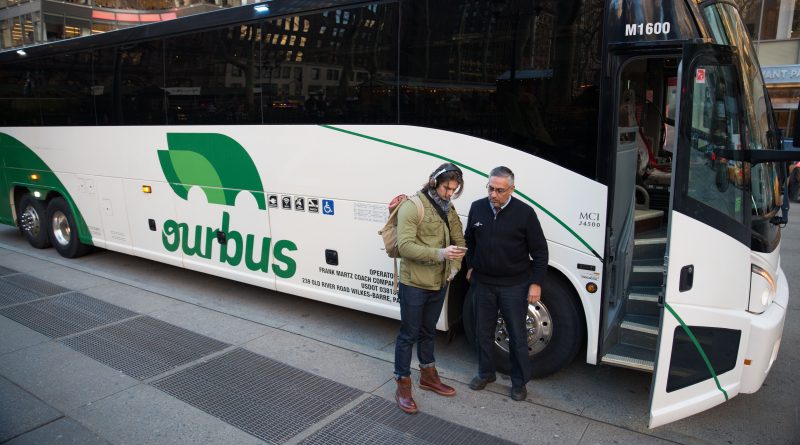 Running on weekends to start, OurBus expects to expand into a seven-day-a-week service beginning in March.

Right now there is no other direct bus service between Framingham, MA and New York.

Last year, OurBus created the only direct route from Worcester to the Big Apple.

OurBus crowdsources and creates routes to underserved cities and they do it via an app and digital platform.

Just like Uber doesn’t own cars, they don’t own the buses.

In the case of the Framingham route, Merrimac-based CoachCo is the bus partner.

“Framingham and its surrounding towns aren’t close to a major Amtrak station or large airport, so buses are the best way to travel to New York City,” said OurBus Co-founder and Head of Transportation Planning Axel Hellman. “Residents deserve easy, efficient transportation options. We’re glad that we can step in and ensure that direct bus travel to New York continues to be available to them.”

The route will run twice daily on Fridays, Saturdays, and Sundays.

The stop will be at the Park and Ride Route 9 East, which is across the highway from the original LimoLiner stop at the Sheraton.