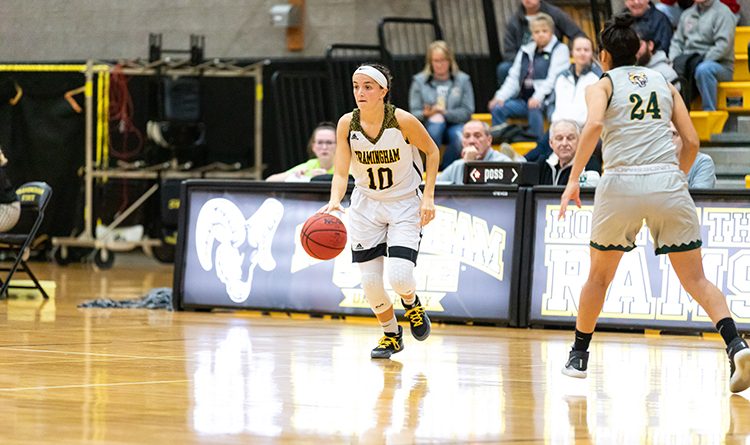 FRAMINGHAM – The Framingham State University women’s basketball team led for most of the game, but were defeated at home Tuesday night, January 7, 59-53 by Emerson College in non-conference action at the Athletic Center.

The Rams are back in action on Saturday afternoon when they travel to Westfield State for their MASCAC opener at 12 p.m.