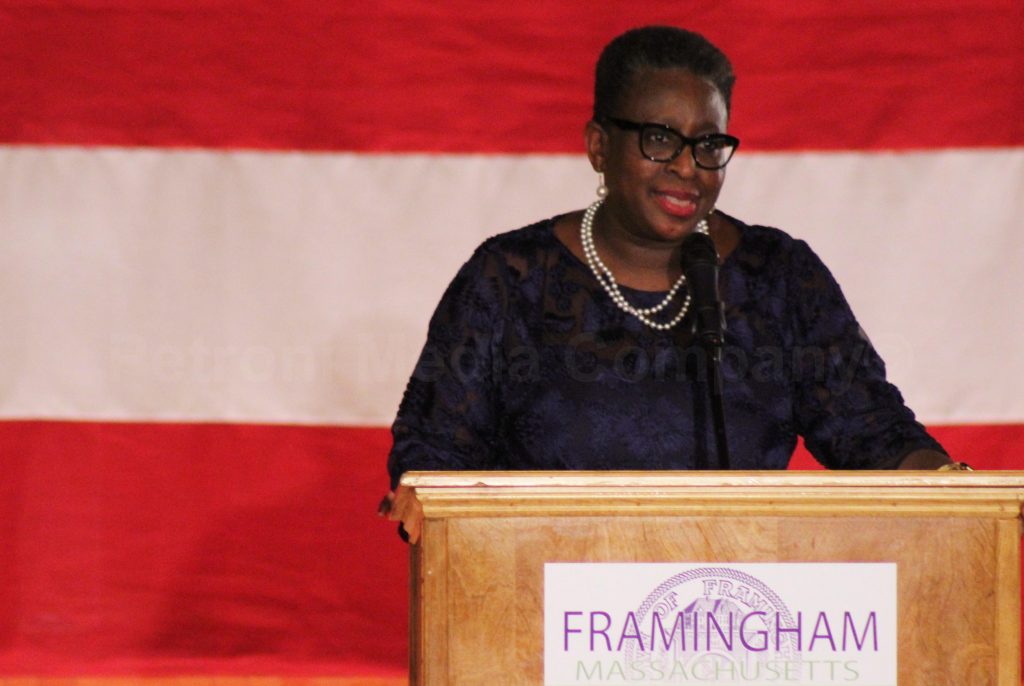 Mayor Spicer is the City of Framingham’s first-ever Mayor.

She was sworn in on January 1, 2018. She announced her re-election campaign almost exactly 2 years into her 4-year term.

” I don’t often write to ask for your support for my campaign to continue this advocacy and work. As we end 2019, I want to ask you to make a donation to my reelection campaign,” wrote the Mayor in an email to supporters on Saturday afternoon.

“It remains the honor of my life to serve as Framingham’s first Mayor. Over these past two years, I have worked hard to build strong relationships across our city government and transition our community from a town to a city. We have cut ribbons for new businesses across the city and are working every single day on economic development initiatives. My administration is engaged across issues – working to improve congestion and public transportation, to increase affordable housing stock, and to provide high-quality services to our residents,” she wrote to supporters in an email.

” As Massachusetts’ first popularly elected African-American Mayor, I made the choice to lend my voice to policy issues that have an impact both at home in Framingham and for families across our Commonwealth. In 2019, I collaborated with Boston Mayor Marty Walsh and other mayors to testify for the recently passed Student Opportunities Act, and worked with activists and organizations like NARAL Pro-Choice, MA and Planned Parenthood to protect access to women’s healthcare. In Framingham, we stood up for LGBTQ rights by raising the rainbow flag for Pride Month and stood together at City Hall to protest the separation of children from their parents and support immigrants who are under attack across our country,” she wrote to supporters in an email.

Editor’s Note: SOURCE does not change quotes as a news site. Mayor Spicer is NOT the first popularly elected African-American mayor in the Commonwealth of Massachusetts. Setti Warren was elected before her as Mayor of the City of Newton.

” I don’t often write to ask for your support for my campaign to continue this advocacy and work. As we end 2019, I want to ask you to make a donation to my reelection campaign. Your generous contribution will go a long way toward making sure I can continue to advocate for our shared values,” she wrote in concluding her email to supporters.

SOURCE emailed the campaign about the email, and received an autoresponse.