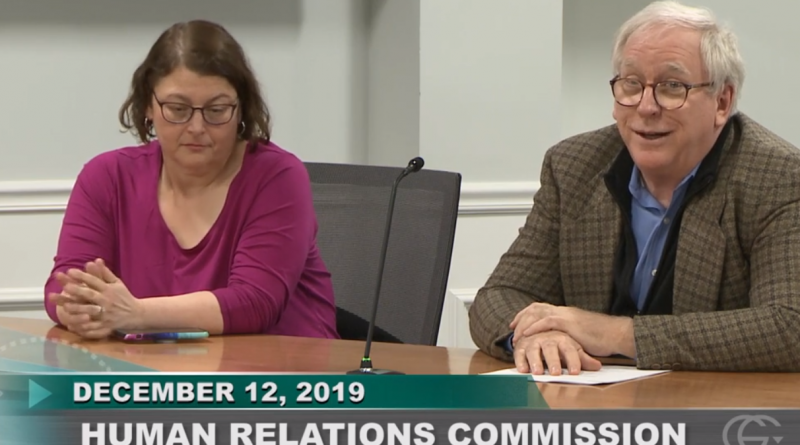 The Attorney for the FYFC program Richard Quinby and FYFC board member and program registrar Jacqui Goldberg spoke to the Commissioners.

“Most of you may know that pop warner football was brought to Framingham by Ron Burton…what he did was immense and his legacy still lives on today,” said chair Robert Anspach. “We what’s happened within the past month or so certainly violated everything he had ever hoped for in coaching and in teaching young people.”

The meeting began with an explanation of the investigation conducted by Quinby.

He said he spoke to every coach involved in the text message thread, to the board members that had any knowledge of the messages, to parents involved and to members of the press that had written about the incident. Quinby also contacted the NAACP.

“After I accumulated everything, I was able to put together a chronology of facts, which I believe are about 99 percent undisputed,” Quinby said. “Once I had done that, I then made recommendations to the board about what to do.”

“We cannot prevent two people from having a conversation, but we can prevent what the board does when it learns about an inappropriate conversation,” said Quimby.

The attorney put together a contract that anybody involved in the program, including parents, will have to sign moving forward.

The contract states they are aware of what the program stands for and if they ever hear or see anything that is inappropriate, they need to make the board aware of this, he explained.

Quimby told the Commission the Board acted to fire the coaches quickly, almost within minutes of learning of the texts.

He explained that the FYFC President only had access to two texts, a year ago, and that as soon as the rest of the texts were made public, the board immediately took action.

“Where the board fell down is not having any procedures to make sure one person does not handle this alone,” said Quimby. “A person can make a mistake in the way it was handled. Quite honestly, I think that’s what happened.”

Board members and community members both agreed that there needs to be a sensitivity training required for coaches and those involved with FYFC, and beyond that, in all sports.

They also noted that the new board should be made up of a diverse group of individuals.

“You need to know that there are people of different backgrounds, that should be a priority,” said Human Relations Commission member José Ivan Román.

The FYFC board was diverse at the time of the incident, and the newly- elected board members, are just as diverse.

“What I’d like to stress is that there’s still aftermath and I think it’s your responsibility, the organization’s responsibility, with our help because we have your back, to heal this community,” said Human Relations Commission member Eleanor Anbinder.

She said that she wants the two groups to come together to help Framingham heal and so that families can trust that no further incidents will happen at FYFC.