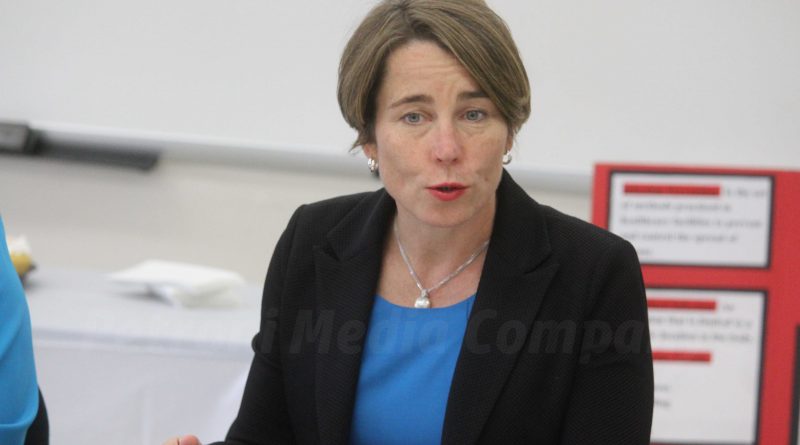 The following is a press release from the Massachusetts Attorney General’s office submitted to SOURCE.

BOSTON – Massachusetts Attorney General Maura Healey today, December 12, announced her office will use a $2.6 million federal grant to expand efforts to combat the opioid crisis and build on the success of the AG’s Fentanyl Strike Force.

“With the help of our partners in law enforcement, our Fentanyl Strike Force is making great strides in disrupting trafficking operations throughout New England – but there’s more work to be done,” said Healey. “This new funding and our multistate effort to permanently criminalize fentanyl will bring unprecedented resources to our ongoing work to fight this crisis.”

Task force partners include the DEA, the FBI, the New Hampshire State Police Narcotics and Investigations Unit, the U.S. Attorney’s Office for the District of Massachusetts, the United States Postal Service, and nearly 30 local police departments.

The FIGHT Fentanyl Act codifies illicit fentanyl-related substances as Schedule I drugs, which are drugs with no currently-accepted medical use and a high potential for abuse.

The Drug Enforcement Administration’s temporary order codifying fentanyl as a Schedule I drug expires in February 2020, and this bill will ensure law enforcement agencies and courts can retain the tools needed to keep this deadly substance off the streets.

According to the most recent data from the Centers for Disease Control and Prevention, there were 72,000 drug-related deaths in the United States in 2017. In Massachusetts, nearly all fatal drug overdoses involve fentanyl or a fentanyl-related compound.

AG Healey filed and advocated for state legislation criminalizing the trafficking of fentanyl that was passed in 2016.

In the 2018 criminal justice reform bill, the Massachusetts Legislature revised Class A of the state Controlled Substances Act to include compounds containing quantities of fentanyl, carfentanil and other fentanyl-like substances.

AG Healey’s Office has prioritized combatting the opioid crisis and has been working closely with federal, state and local partners to fight illegal drug trafficking throughout New England.

This year’s new grant funding will allow the Fentanyl Strike Force to build on law enforcement work to disrupt drug trafficking in the region.

Since its launch, the Fentanyl Strike Force has seized approximately 227 kilograms of heroin and fentanyl, 13,810 opioid pills, 67 vehicles, 59 firearms, nearly $6 million in cash, and has arrested 264 suspects, primarily for trafficking heroin, fentanyl, and opioid pills.