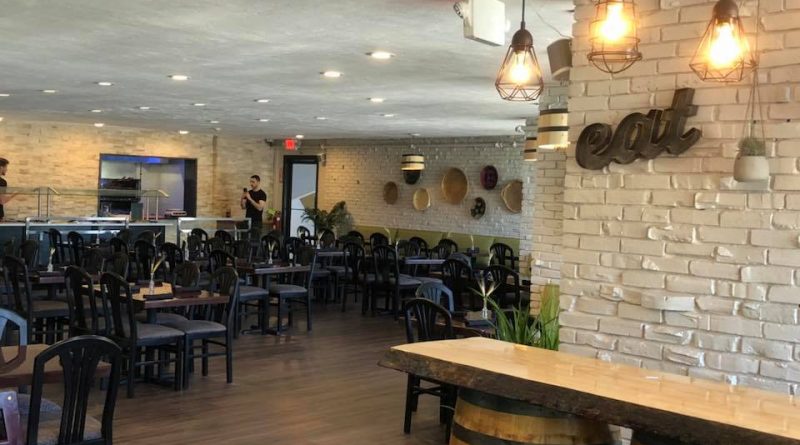 FRAMINGHAM – A Framingham restaurant has until Wednesday at 5 p.m. to file paperwork, if it hopes to remain open in 2020.

Braza Grill Union House has yet to file its renewal paperwork for its common victualler, all-alcoholic, and entertainment licenses with the City of Framingham.

The deadline to file was November 30.

The final Framingham License Commission meeting of 2019 is Monday, December 16.

Paperwork for that meeting must be filed by Wednesday, December 11 at 5 p.m.

If an establishment does not file paperwork by that date and time, the Commission can not approve their licenses to open on January 1 2020, until after that date.

But renewal paperwork is just part of Braza’s troubles.

The latest violation in September 2019 could cost the establishment its license for 6 days – the Framingham Police recommendation.

But one Framingham License Commissioner proposed a 13-day license suspension with 6 days served immediately and 7 days to be held in abeyance, and to be served if a third violation is discovered.

Framingham Police Lt. Jorge Ruiz told the Commissioners Monday night that Police are already investigating incidents at the Route 135 establishment since the September 16th one.

On Sept. 16, according to Lt. Ruiz, police were called to Braza for loud music.

Inside they found 17 people inside, after hours, alcohol on tables, entertainment lights on, and at least one female dancing. They also found one of the manager/owners inside, with dozens of beer bottles and vodka bottles on tables.

Lt. Ruiz said the owner and management were not cooperative with the investigation. Management originally said all individuals inside were employees but failed to provide names of the employees there to police, explained Lt. Ruiz.

The Framingham License Commission, who has been trying to get basic management and ownership paperwork from Braza since this summer, was even more annoyed that the establishment was not cooperating with police and blatantly was violating the laws.

“We need to clear up these issues. Who owns your company? Who is running it? Who is your manager?” said Barnosky to Vicente.

“That many people in a licensed establishment almost one hour past closing is problematic. We want out licensees to follow the rules. We want to see the licensee is cooperative. At some point, there is only so much we can do,” said Barnosky.

She was annoyed that individuals were in the restaurant/bar area at 2:43 a.m., since the establishment is only licenses to operate until 1 a.m.

“I have no patience for that,” she said, referencing the violation, and Vicente lying to the Commission at a prior meeting and not cooperating with police

Commissioner Stuart Pologe made a motion to suspend the license for 13 days with six days, recommended by police to be served now, and 7 days held in abeyance. He also recommended the fine be increased from $300 to $1,000.

Commissioner Tiel Wadland said she would also like to consider shortening the hours of operation for the establishment, when it comes up for renewal, if the paperwork is filed.

Alessandro said he has a lawyer and that the paperwork would be in by the close of business day Wednesday, December 11 for the renewal.

Based on that information, the Commissioners voted to continue the hearing until Monday, December 16.

No action was taken on the license suspension proposed on Monday, Dec. 9.

At that Dec. 16 meeting, the Commission would take up the second liquor license violation and the renewal paperwork.

Vicente told the Commissioners he recently hired a security director.

“We don’t operate as a night club. … This is a nice restaurant and sports bar. We are doing well. We want to stay in business,” Vicente told the Commissioners.

Vicente does not own the property where the restaurant, sports bar, and function hall operate at 672 Waverly Street. It is under a lease agreement.