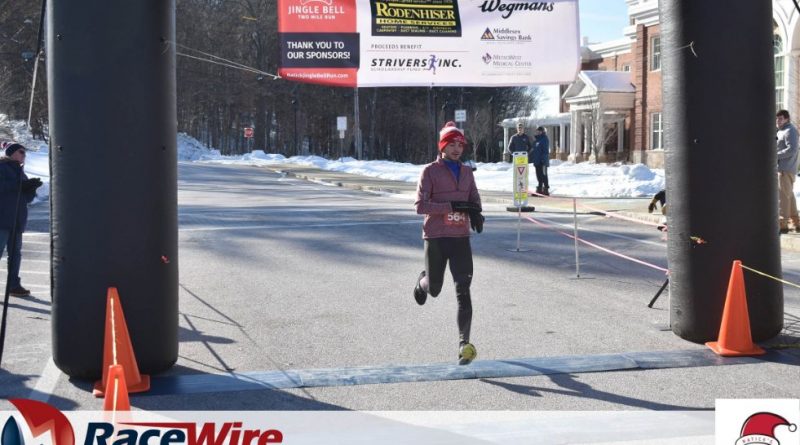 NATICK – Brian Shephard, 23, of Waltham won the 10th and final Jingle Bell Run in Natick on Sunday, December 8. His winning time for the 2-mile course was 9:55 minutes.

Yesterday was the final Jingle Bell run, as the race is retiring.

Maggie Kuchman, 13, of Holliston, was the first female across the line. She finished 11th overall. Her time was 11:29 minutes.

Jonathan Fascetti, 17, of Winchester was third overall. His time was 10:27 minutes.

“The Jingle Bell Run has had an outstanding 10 years of support from the community! Over that period we have been able to donate thousands of dollars to local charities and our scholarship fund. We are so proud of the impact this local race has made and we are grateful to all of you who continue to make this race the start of your Holiday Season,” wrote the organizers on social media.

STRIVERS Running Club for Girls also just celebrated its 10th Anniversary. To make that milestone, the club established a scholarship fund for those young women who have run with us, volunteered for us, or simply have a love of running as much as we do. Therefore

Proceeds from the 10th Annual Jingle Bell will help fund the STRIVERS Inc. Scholarship Fund. To learn more about this fund, visit STRIVERSInc.com.

Here are times for Framingham runners: