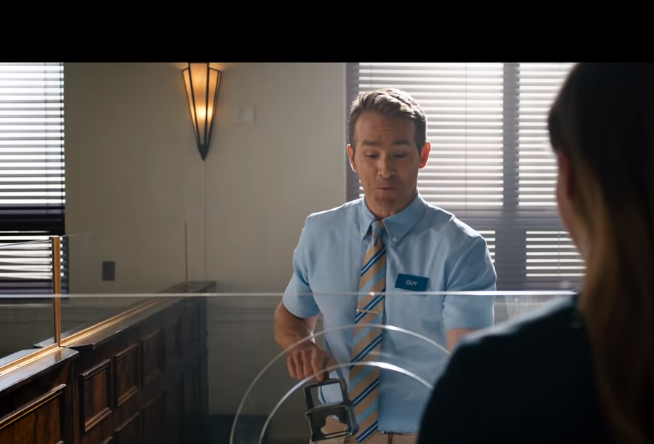 FRAMINGHAM – The movie trailer for the latest Ryan Reynolds film dropped today, December 7, and a former Framingham bank is prominently featured in the film.

Free Guy, opening in theatres on July 3, 2020, stars Deadpool star Reynolds as a character in a video game, who then strives to become the hero of the game.

The bank, featured in the movie, is the former TD Bank branch in downtown Framingham, that closed a couple of years ago.

Filming in the former historic bank took place in May 2019.

Guy’s bank gets robbed every day, but one day, he decides to fight back, “killing” one of the robbers.

When he takes possession of the dead man’s glasses and walks out of the bank, he realizes he is part of an elaborate video game.

The bank heist is just one of the “missions” players undertake in the course of the game. The video game has “lots of bad guys.”

Guy then decided to be the hero of the game too, based on the trailer.

The film was also filmed in the financial district in Boston.

Check out the trailer that was released today, December 7.