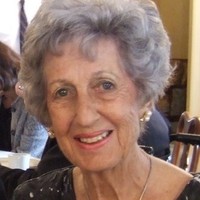 FRAMINGHAM – Jean (McGovern) Locke Henderson, 91, a long-time resident of Framingham, MA and Sarasota, FL, passed away on November 29, 2019 in Hopkinton.

Born in Framingham, MA and raised in the Natick/Framingham area, she was the daughter of the late Joseph Leo McGovern and Kathleen Mary (Hall) McGovern.

Jean was an avid golfer and bridge player. She was a volunteer at the hospital and schools, and worked part-time in real estate.

She enjoyed socializing with friends at The Framingham Country Club, The Palm-Aire Country Club in Sarasota, FL and The Sarasota Bay Club.

Services are under the direction of the Matarese Funeral Home, 325 Main Street, Ashland, MA  01721.

A memorial service will be held in Palms Memorial Park in Sarasota, FL early next year.

In lieu of flowers, donations to Metrowest Hospice (The Amedisys Foundation at “amedisys.com”), or The Alzheimer’s Association are appreciated.