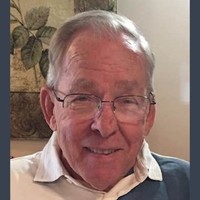 Ernest worked as a US Postal worker and sorter retiring in 1997.

He served his country honorably in the Navy during the Korean War aboard the USS Maury and USS Dionysus from 1952-1956.

A funeral service will be celebrated Sunday Dec. 8 at 5p.m. in the Chapel of the Matarese Funeral Home, 325 Main Street in Ashland.

Calling hours will be held Sunday from 3:00-5:00 PM prior to the service in the funeral home.