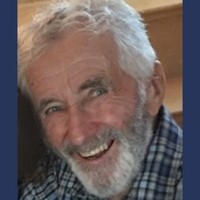 He was the devoted husband of the late Brenda (Rugg) LeLievre who died in 2004.

Nap worked as a salesman for Tayters Co. of Waltham for many years before retiring in 1984.

His passion was being a referee for high school and college basketball leagues.

Nap served for over 50 years with the I. A.A.B.O as a rules interpreter and educator, proudly receiving a lifetime achievement award from the organization in 2001.

LeLievre served his country honorably in the Army from 1955-1957.