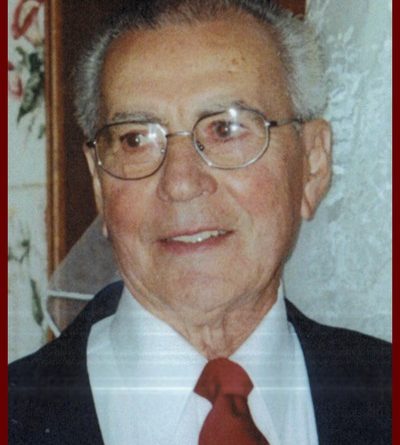 ASHLAND – Jean Paul Capistran, 94 of Ashland passed away on Thursday November 28, 2019 at his home surrounded by family.

Born in Canada, Jean was the husband of the late Mary (McKenna) Capistran who passed away in 2010.

Jean was the son of the late Elphege and Alice Capistran and brother to the late Simonne LeDuc.

Jean worked as a brick mason for Local 51, was a long-time member of the Knights of Columbus and was an avid hockey fan.

A Mass of Christian Burial will be held on Thursday December 5 at 9 a.m., Saint Cecilia Church, 54 Esty Street Ashland, with burial to follow in Wildwood Cemetery in Ashland.

Calling hours will be held on Wednesday December 4 from 4 to 7 p.m. in the Matarese Funeral Home, 325 Main Street Ashland.

In lieu of flowers donations may be made in Jean’s memory to the Ashland Emergency Fund, 162 West Union Street, Ashland, MA 01721.