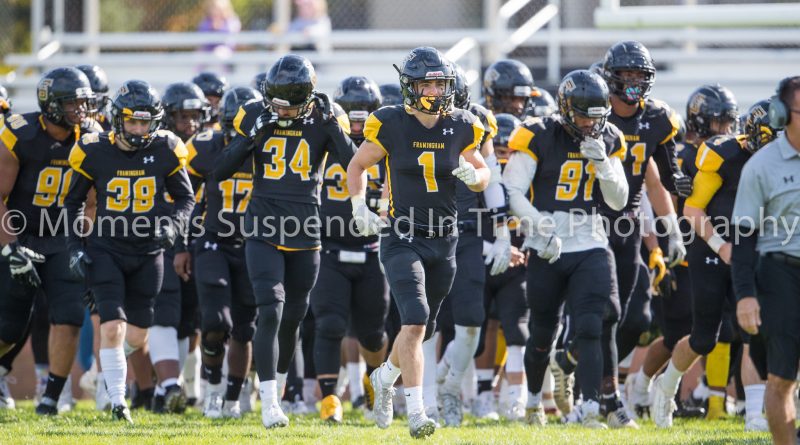 The Rams, the 2019 MASCAC Champions, will find out Sunday, who they will face in the NCAA Division III Championship Tournament.

Framingham State finishes the regular season 8-2, and undefeated in the Conference at 8-0.

Worcester State was winless this season at 0-10.

The Rams are back in action next weekend in the opening round of the 2019 NCAA Division III Football Championship with match ups being announced tomorrow at 5:30 p.m. on the Division III Selection Show which will air on ncaa.com.

Photo from a previous game by Moments Suspended in Time Photography