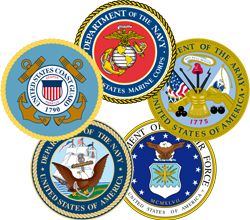 “Our women veterans have made incredible sacrifices to keep our nation safe, and they deserve our full support,” said Senator Warren. “I’m glad that my Senate colleagues agree, and recognize the contributions of these bold, courageous women throughout our nation’s history.”

“Across every branch, women have served bravely and selflessly alongside their brothers and sisters in uniform in combat, behind the lines in foreign lands, and here at home,” said Senator Murkowski. “I’m glad to support this legislation that serves as a testament to the women who have sacrificed to protect the liberties and freedoms that all Americans hold so dear.”

“Throughout American history, women such as Specialist Lori Piestewa of Arizona have played crucial roles in defending our country,” said Senator McSally. “I applaud my colleagues for supporting this resolution to honor the commitment and sacrifice of our female veterans.”

“For the many thousands of women who have taken the oath to protect our country-some of whom gave their lives while doing it-this resolution is a small token of gratitude from a grateful nation,” said Ranking Member of the Senate Veterans’ Affairs Committee Jon Tester. “I’m glad to see my colleagues pass this resolution, doing right by these brave women and giving them the recognition they earned.”

“Captain Jennifer M. Moreno of California courageously sacrificed her life to protect others,” said Senator Harris. “We will never be able to repay the enormous debt we owe her and all of our service members and their families, but issuing a commemorative stamp is one small way we can honor female veterans now and in the future. I am pleased that this resolution is one step closer to reality.”

“I’m pleased that my Senate colleagues recognize the grit, selflessness and love of country of America’s women veterans, and I am hopeful that this new collection of stamps will inspire a new generation of young women to carry on their legacy,” said Senator Sullivan.

“Too many of the selfless and brave women who risked their lives serving in our military never received the recognition they deserve,” said Senator Gillibrand, a member of the Senate Armed Services Committee. “I am glad my colleagues came together to honor heroes, like New Yorkers Margaret Corbin, Mary Edwards Walker, Shannon Kent, and Margaret Zane Fleming, who fought to protect our country.”

“I am thrilled that this bipartisan resolution to honor exemplary women veterans – who are often overlooked in the history books – passed the Senate unanimously.” Senator Hassan said, “We must support women veterans and service members in all aspect of their lives to ensure that they receive the support that they need and have earned.”

ongresswoman Julia Brownley (D-Calif.) first introduced this resolution in the House of Representatives, and the Senate companion was introduced by Senators Warren, Murkowski, McSally, Tester, Harris, Sullivan, Gillibrand and Hassan earlier this month.

There are approximately 2,000,000 women veterans of the Armed Forces currently living in the United States and Puerto Rico, who have served the United States with honor and distinction; and yet, their service is often forgotten, and they become invisible veterans.

Women veterans of the Armed Forces have made invaluable contributions to the United States since the American Revolution. All women who have served in the Armed Forces throughout our Nation’s history, whether on the frontlines, in support positions behind the lines, or here at home have marked a trail of honor for those who will follow them.

These women warriors should be honored for their service and recognized for their important contributions to the United States.

The bipartisan resolution recognizes historic women veterans such as:

The resolution has been endorsed by Iraq and Afghanistan Veterans of America (IAVA) and Service Women’s Action Network (SWAN).
Senator Warren is a strong advocate for women veterans. She cosponsored the Deborah Sampson Act, which improves health care and services provided by the Department of Veterans Affairs (VA) to women veterans, successfully led an effort to require the VA to prioritize the expansion of a peer counseling program for women veterans, called on the VA to cover the dispensing of contraceptives to women veterans in one-year supplies in order to address gaps in the contraceptive care that they need, and introduced a bill with Senator Duckworth (D-Ill.) to require providers at the VA to inform patients of the option to request a full-year supply of contraception instead of the standard three-month supply.