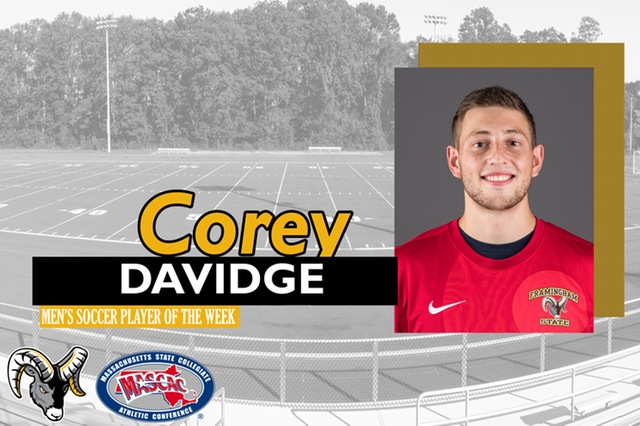 Freshman forward Gustavo Cassemiro has been named MASCAC Rookie of the Week for the week ending November 10th.

He made 12 saves in the 2-0 semifinal win over Worcester State and added four more in the championship win over Salem State.

Cassemiro earned his 4th rookie of the week honor after he scored a goal in the Rams 2-0 semi-final win over Worcester State.