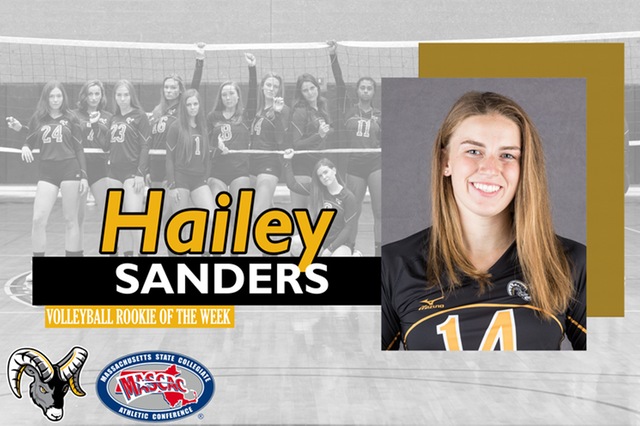 Sanders averaged six kills and 2.5 blocks in a pair of matches for the Rams during the MASCAC Tournament.

Sanders tallied 10 kills and four block assists in the Rams 3-1 loss to Westfield State in the championship game.

She tallied two kills and a block in the Rams semifinal win earlier in the week.